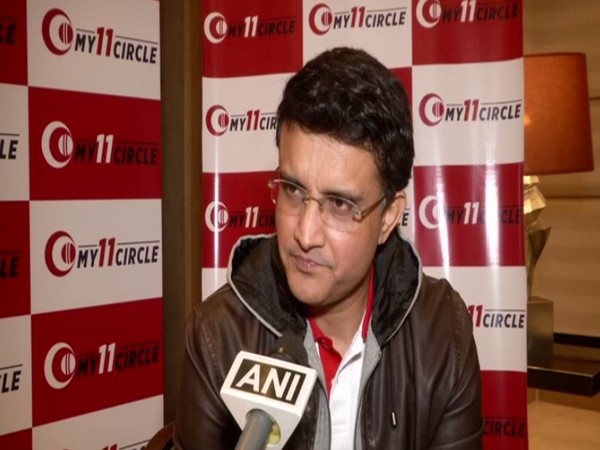 New Delhi [India], Mar 14 (ANI): The Board of Control for Cricket in India (BCCI) president and former Indian captain Sourav Ganguly on Friday congratulated both Saurashtra and Bengal for their tremendous show in the Ranji Trophy.
On Friday, Jaydev Unadkat-led Saurashtra clinched its maiden Ranji Trophy title at the Saurashtra Cricket Association Stadium.
"Well done Saurashtra .. tremendous win in ranji trophy .. well done bengal .. tremendous show ...@saucricket @CabCricket," Ganguly tweeted.
As per the rules, if the final of the Ranji Trophy is headed towards a draw, then the winner is decided on the basis of the first-innings lead. Whoever manages to take the lead in the first innings, is declared as the champion.
Saurashtra had taken a lead of 44 runs after bundling out Bengal for 381 in the first innings.
In the second innings, Saurashtra managed to score 105/4 and they had done enough to win maiden Ranji Trophy title
It was Saurashtra maiden Ranji Trophy Title while Bengal were looking to end their 30-year-old drought. Bengal last won the title in 1989-90. (ANI)