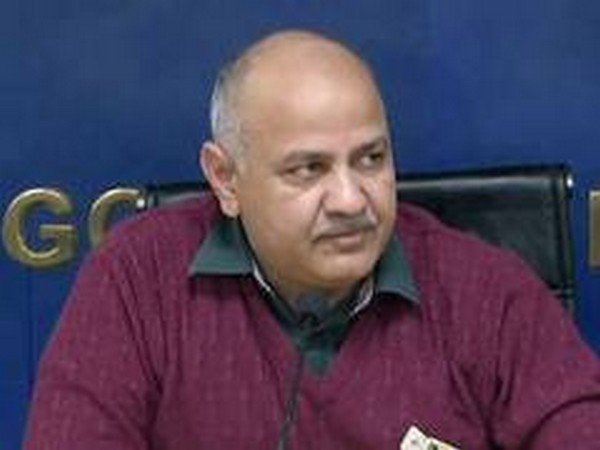 New Delhi [India], Feb 17 (ANI) Delhi Deputy Chief Minister Manish Sisodia held a series of meetings with senior officials of the finance and education department at Delhi Secretariat on Monday.
Presiding over a meeting with finance department officials, the minister stressed the need to eradicate departmental corruption by income tax (IT) officers.
"It is important to take steps to wipe out departmental corruption. Setting up effective revenue targets should be our next course of action," he was quoted as saying in an official statement.
In the meeting with officials of the education department, Sisodia directed the team to focus on improving the infrastructure of schools and speeding up completion of new classroom projects.
"We have to continue to work on improving the infrastructure of our schools. We need to speed the installation of CCTV cameras and ensure more new classrooms for the students," he said.
Effective utilisation of the SMC (School Management Committee) funds is also important," he added.
Sisodia also directed the officers to look into aesthetically redesigning the boundary walls of schools and signboards, the statement said.
The Delhi Deputy Chief Minister plans to hold a detailed meeting with the deputy directors of education next week to discuss about the academic improvement programmes.
Sisodia said that setting up of two universities -- the Delhi Skills and Entrepreneurship University and Sports University should be amongst top priorities.
"Expediting the process of setting up the two universities -- the Delhi Skills and Entrepreneurship University and the Sports University should be amongst our top priorities," he said in the meeting.
Sisodia said that the main aim of Sports University is to groom the students having the potential to excel in various sports, as per the statement.
The Delhi government is also setting up the Skills and Entrepreneurship University to enroll students in vocational subjects which will ultimately solve the issue of unemployment and boost the economy.
Sisodia continues to hold key portfolios including Finance and Education as the Aam Aadmi Party (AAP) formed the government in Delhi for the third time on February 16. (ANI)