Skip to content
Home  »  National   »   Sibal, Chidambaram not wrong but retrospection does not mean removal of Gandhis: Azad 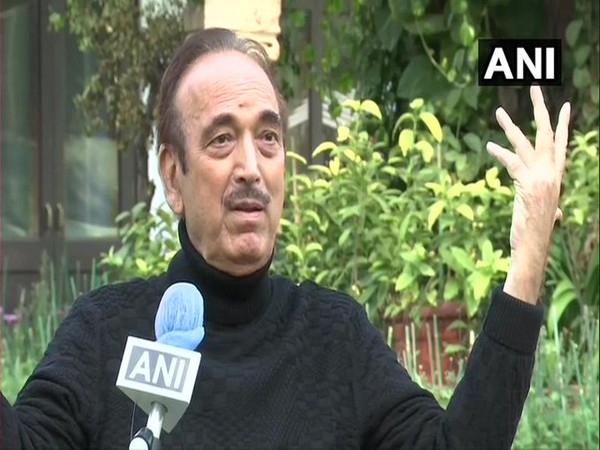 New Delhi [India], November 22 (ANI): Congress leader Ghulam Nabi Azad on Sunday said that what party leaders P Chidambaram and Kapil Sibal have said about the need for retrospection in the party is not wrong but it also does not mean changing the top leadership.
Azad, who was among 23 Congress leaders who had written to Sonia Gandhi earlier this year calling for major changes including full-time and effective leadership, told ANI in an interview that the "medicine for the party" is to conduct organizational elections at block, district and state level.
Asked about remarks made by Sibal and Chidambaram in the wake of party's dismal performance in the Bihar assembly elections and its poor performance in the assembly bye-elections across 11 states, Azad the two leaders have not said anything wrong.
"Both Sibal and Chidambaram have not said anything wrong but retrospection does not mean that anyone is against Sonia Gandhi. It does not mean that Rahul Gandhi is bad. Retrospection means there should be a discussion on why we lost in Bihar, why we won few seats in Madhya Pradesh. And after a discussion on these, how to apply the conclusion we get from the discussion on these issues-- this is what we have to do," he said.
"The medicine for the party is to conduct block level, district level and PCC elections. I won't blame the leadership because the elections could not take place but they will have to be conducted in the future. Second, the leaders who get elected will have to leave the five-star culture," he added.
Sibal had said in an interview to a national daily that people of the country not just in Bihar but wherever bye-elections were held do not consider Congress to be an effective alternative.
Sibal was also among 23 leaders who wrote a letter to Sonia Gandhi demanding sweeping changes in the party. He had also said that time for "introspection" was over.
Chidambaram had also expressed concern over results of bypolls and said there was a need for comprehensive review to see why RJD-Congress alliance lost despite being so close to victory. (ANI)