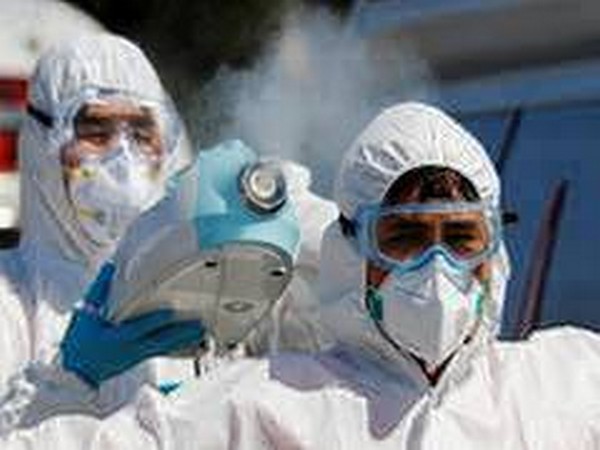 Washington D.C. [US], Mar 28 (ANI): As the number of coronavirus cases in the country continues to surge, medical schools across the US are considering early graduation for senior medical students in a bid to meet the increasing demand for healthcare providers.
The number of coronavirus cases in the US has surged past the number of cases in any other country in the world.
According to a report in The New York Times, the Grossman School of Medicine at New York University was the first in the US to announce the offer of early graduation in an email to students on Tuesday.
This was followed by the announcement from medical schools at Tufts University, Boston University and the University of Massachusetts on Thursday that they planned to move up their graduation dates to April from May. The Harvard Medical School too said that it was actively considering the step.
Columbia's Vagelos College of Physicians and Surgeons also announced on Friday that the final year student will graduate on April 15, instead of May 20, according to the NYT report.
"While the AAMC has not yet surveyed its member medical schools, the [Liaison Committee on Medical Education] has been working with several other schools that are considering or offering their students the option of graduating early," Dr Alison Whelan, chief medical education officer for the Association of American Medical Colleges was quoted as saying by CNN.
In Massachusetts, the state would provide 90-day provisional licenses for early graduates making around 700 medical students there eligible to offer patient care at least eight weeks earlier.
According to Dr Steven Abramson, Vice Dean for Education, Faculty and Academic Affairs, NYU Grossman, the school's decision came as its hospitals were "overwhelmed" with an increasing number of coronavirus cases. NYT cited Abramson as saying that they were running into issues of manpower.
"That led us to conclude: Why not graduate students who are interested in serving in hospitals now? They've completed their requirements and they're prepared," he was quoted as saying.
The number of coronavirus cases in the country has surged past 1 lakh while the death toll has surpassed 1,500.
However, several New York medical schools are still developing proposals for early graduations.
CNN in its report said Cooper Medical School of Rowan University also sent an email to its clients to see if they are interested in early graduation.
Besides them, around 450 retired and former healthcare workers have signed up to work during the pandemic, informed Illinois governor JB Pritzker informed in a tweet. (ANI)