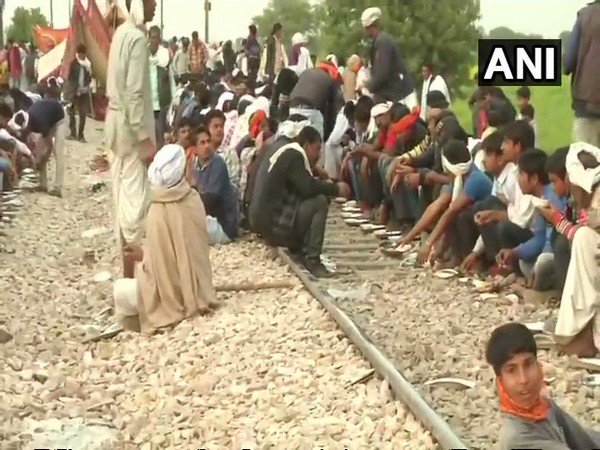 Jaipur (Rajasthan) [India], October 31 (ANI): Several districts in Rajasthan have been put under the National Security Act (NSA), 1980 keeping in mind the possible disruptions in law and order, during the Gurjar Mahapanchayat on November 1.
As per an order issued by Administrative Secretary NL Meena, the districts of Bharatpur, Dholpur, Sawai Madhopur, Dausa, Tonk, Bundi and Jhalawar districts have been placed under the NSA.
The rules under NSA will stay in place for three months from today, as per the notice.
Meanwhile, Section 144 of the Criminal Procedure Code (CrPC) imposed in Rajasthan's Dholpur city and Karauli ahead of the Gurjar community agitation.
District Magistrate Rakesh Jaiswal and Superintendent of Police Kesar Singh Shekhawat on Friday held a meeting with police and administrative officials on maintaining law and order situation.
Earlier in the day, internet services were also suspended for 24 hours in the Jaipur district of the state.
On October 18, Gujjar leader Kirori Singh Bainsla had given an ultimatum to the Ashok Gehlot government in Rajasthan to accept their demands, including reservation in jobs and education as a 'most backward class' (MBC), or face large-scale agitation beginning November 1.
Bainsla had made this announcement at a Gujjar Mahapanchayat in Bharatpur which was called to decide the future course of action if their demands are not met. (ANI)