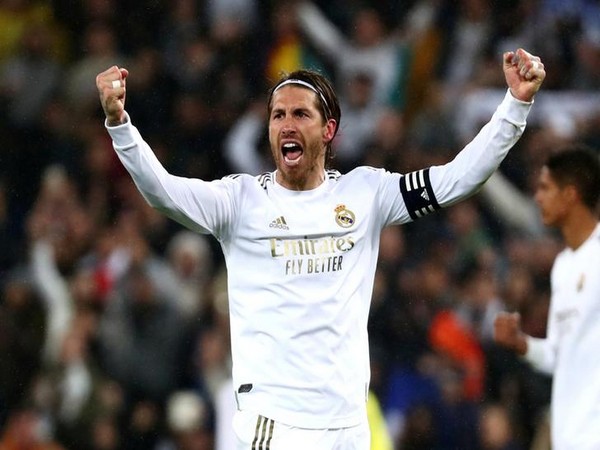 Madrid [Spain], June 15 (ANI): Despite a victory over Eibar, Real Madrid's Sergio Ramos is looking for improvement saying that it wasn't a "wonderful performance".
"It's no surprise it wasn't a wonderful performance and we have things we can improve," the club's official website quoted Ramos as saying.
"Physically the team was fine, you can expect to play with the intensity we showed in the first 45 minutes for the full 90. We dropped off a bit and left more spaces, but we'll learn from it going into our 10 remaining games," he added.
Real Madrid secured a commanding 3-1 win against Eibar at the Estadio Alfredo Di Stefano on Sunday. Both the clubs were playing their first match after the resumption of La Liga, which returned to action on June 12.
Ramos, who also netted a goal during the match, said being able to play football again is a 'huge blessing'.
"For us to set foot on the pitch again is a huge blessing. And it's a big positive for the whole country to have football back, to provide entertainment and get business and the economy back up and running so that everything returns to its natural place. It's important for everyone," he said.
Real Madrid holds the second spot on the La Liga points table with 59 points, just two points behind the top-placed club, Barcelona. (ANI)