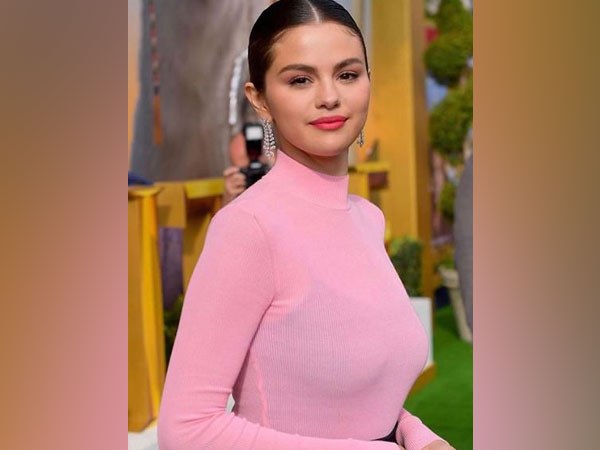 Washington [US], September 9 (ANI): American singer-songwriter Selena Gomez recently dove into topics like old friends, music and marriage.
According to Fox News, the 28-year-old singer Gomez recently made an appearance on virtual talk with YouTube beauty guru Nikkie De Jager for a video on her online channel.
The two discussed Gomez's makeup line Rare Beauty, the 'Back To You' singer said in the video that her wedding is "never gonna happen," according to Us Weekly.
"It's hard in quarantine," admitted Gomez in reference to dating, though she noted that her comment was "not an invitation" for advances toward her.
It seems she also feels similarly about her song lyrics.
The 'Ice Cream' songstress said, "It's just funny because I release things that say 'I want a boyfriend' and stuff. People say that and I'm like, 'No, I didn't really mean it though. Guys are a lot of work."
She jokingly added: "Every one of my exes thinks I'm crazy, so I don't care."
The star has been part of a few high-profile relationships, including with popstar Justin Bieber, who is now married to supermodel Hailey Baldwin.
According to Fox News, Gomez and the 26-year-old singer Bieber dated on-again-off-again from 2011 to 2018. Nearly two years after things ended for good, a source told the outlet that Gomez was "extremely relieved" to have closed that "chapter of her life."
She also dated Canadian singer The Weeknd for 10 months in 2017, and she's been linked to Charlie Puth and actor Orlando Bloom in the past as well.
The former Disney star addressed her public relationships during an episode of her HBO Max cooking show 'Selena + Chef.'
As per Us Weekly, the 'It Ain't Me' songstress said "When people think of me ... do they just think of me as, 'Oh, that girl who was with that person' and that's it? I would be devastated if people think that because I've worked so hard to not be that ..." (ANI)