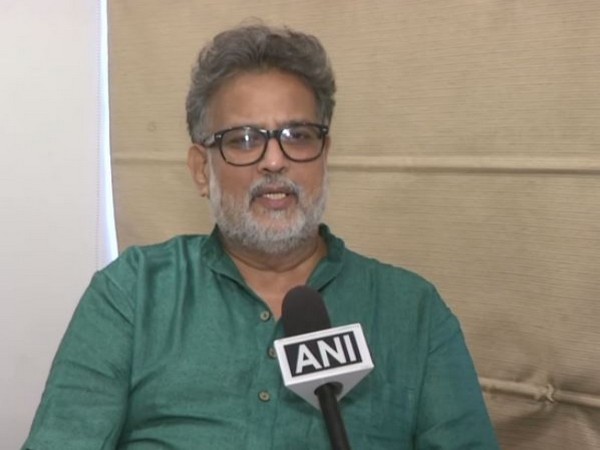 Nagpur (Maharashtra) [India], Feb 24 (ANI): Expressing displeasure at the message left by US President Trump Donald Trump in the visitors' book at Sabarmati Ashram in Ahmedabad -- which has no mention of Gandhi -- the Mahatma's great-grandson Tushar Gandhi on Monday said that it seemed Trump did not find visiting the Ashram set up by Gandhi a worthwhile experience.
"The visit of President Trump to Sabarmati Ashram, a clip that has been doing rounds since morning as to how the President is spinning the charkha, but if you look carefully you will see that it was the First Lady who was spinning the charkha wheel," Tushar Gandhi told ANI.
"On being prompted also, the President was not actually participating in that in any way. He was just sitting there and posing. Also, the message that he has written in Sabarmati Ashram (visitors' book) does not seem to reflect that he felt it was a worthwhile experience. He has basically just written a thank-you message to his friend PM Modi," he added.
President Trump along with First Lady Melania Trump reached Ahmedabad on Monday for the first leg of his India tour and visited the Ashram upon arrival.
The visiting dignitaries were seen spinning the charkha, which is closely associated with India's freedom struggle and Mahatma Gandhi. Trump, along with PM Modi, also garlanded a photo of Mahatma Gandhi. (ANI)