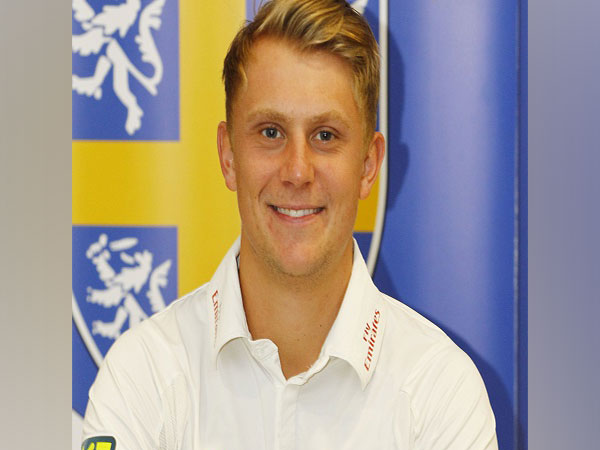 Durham [UK], September 29 (ANI): England county cricket club Durham on Tuesday announced that Scott Borthwick will return to the club on a long-term contract next season after four years at Surrey.
Borthwick, who joined Surrey in 2017, enjoyed a successful spell in the capital, cementing his place as an opening batsman and spin bowler, and winning the County Championship in the same year. The left-handed batsman has also represented England on four occasions across all three formats of the game.
"I have thoroughly enjoyed my time at Surrey and I'd like to say a big thank you to all of the players, staff, and members who supported me during my time there," Borthwick said in an official statement.
"I cannot express how excited I am to return to Durham. It's a club where I enjoyed a lot of success and will always be my home," he added.
Durham Cricket, Director of Cricket, Marcus North said: "This is a big signing for us and it shows our intent to take this club forward. Scott brings with him a wealth of experience across all three formats and provides us with options at the top of the batting order and as a spinner, which are both areas we need to strengthen."
Borthwick will finish the 2020 season with Surrey before joining Durham ahead of pre-season training this winter. (ANI)