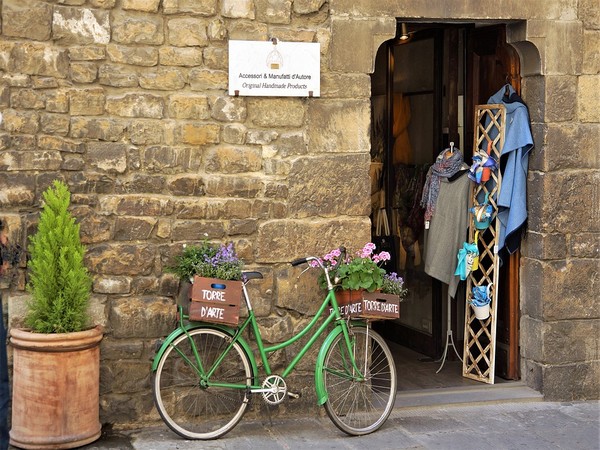 London [UK], April 19 (ANI): People reading in downtown Rome, children going to elementary schools in Demark, Italians returning to bookstores and Austria allowing gardening stores to sell flowers again - life seems to return to normalcy as an initial sign of hope and optimism that the first wave of Europe's devastating pandemic is coming to an end.
After originating in the central Chinese city of Wuhan last December, the novel coronavirus infection that spread to at least 185 countries and regions across the world, killing over one lakh people and infecting more than 2 million others, has almost brought the daily lives to a standstill.
However, a group of authors, including William Booth, Chico Harlan, James McAuley, Loveday Morris, and Michael Birnbaum say in their The Washington Post article that from Ireland to Greece, officials are seeing hopeful signs that the contagious infections have begun to plateau or recede after reaching a peak, further pointing to intensive care beds that are now started registering daily reduction in the number of new hospitalisations.
In Paris, Milan, and Madrid, hospitals and staff that were stressed to their limits just a few weeks ago, as thousands of coughing, fevered, breathless patients surged through their doors, are now reporting empty beds in their ICUs, the article read.
The Severo Ochoa Hospital in Madrid made international news with images last month of sick patients sleeping on the floor, waiting to be seen by a doctor. Now there are a few spare beds in Spain, the authors said the Post.
But it's not yet time to completely let up, officials caution.
Hans Kluge, World Health Organization director for Europe, said "the storm cloud" of the pandemic "still hangs heavily over the European region."
Members of the European Union and Britain account for almost two-thirds of the 150,000 deaths recorded worldwide.
At the same time, infectious disease experts also opine that Europe's effort to slow the pandemic -- instituting quarantines across the continent more widespread and draconian than those seen during the plague in the Middle Ages -- has worked.
"There is light at the end of the tunnel. But we are now at both a delicate and a dangerous stage in this pandemic," Britain's foreign secretary, Dominic Raab, told the country when he announced that its lockdown would continue for another three weeks at least.
In Italy, there is a broad consensus that the emergency phase is starting to relent after a two-month period wherein more than 20,000 people died. Health authorities further reported that the number of patients in intensive care has fallen 25 per cent from the peak two weeks ago.
Martin Hirsch, the director of the Assistance Publique-Hopitaux de Paris, the largest public hospital system in Europe, told the Post that in the Paris region, the hardest hit by the coronavirus, the total number of cases had stabilized for the first time since the start of the pandemic.
"We are now in what we've called the 'high plateau,' " Hirsch said, "which is to say a stabilization at a very high level, and always with an increase in the number of cases in our geriatric units, which face difficult situations. But we can share several encouraging signs."
As Spain finished its first month of confinement this week, Fernando Simon, who heads the Emergency Health Response for the Health Ministry, said quickly adopting social distancing and personal hygiene measures following the WHO's declaration of the pandemic brought down the spread of COVID-19.
However, Angela Hernandez Puente, vice-secretary general of Madrid's Doctors Union, noted that the end to the contagious outbreak, according to her, may not be necessarily so close or what is considered to be a continual, linear decline. "It may be more like a zigzag, up and down."
"We've always seen light at the end of the tunnel, but the question is: At what cost?" she said, adding, "How much suffering in terms of the number of lives and the efforts on the part of health professionals?"
Reiterating her words, German Chancellor Angela Merkel also stressed, "But it is thin ice."
"It is really a situation where caution is the order of the day and not overconfidence," she opined over the first tentative steps taken by her people toward normalcy. (ANI)