Skip to content
Home  »  World   »   Saudi Arabia to allow around 1,000 pilgrims in scaled-down hajj this year 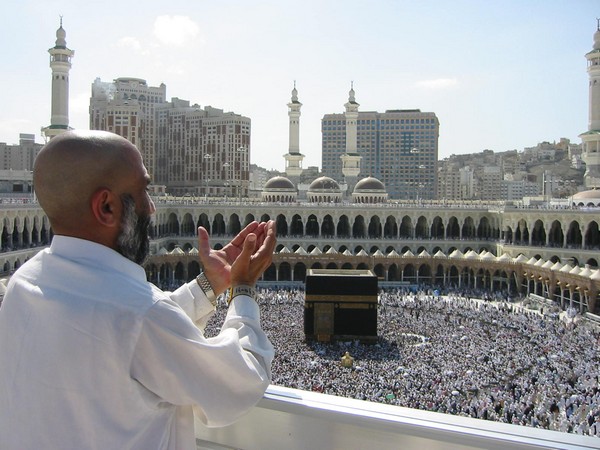 Riyadh [Saudi Arabia], July 21 (ANI): Saudi Arabia on Monday announced only around 1,000 pilgrims of various nationalities already in the Kingdom will be allowed to perform a dramatically scaled-down hajj this year, as the country continues its battle against the surge in coronavirus infections.
The decision to exclude pilgrims outside Saudi Arabia, a first in the Kingdom's modern history, sparked has disappointment among Muslims worldwide even as many accepted it was necessary due to the health risks involved, Bangkok Post reported.
The reduced number is way too less in comparison to the 2.5 million people who attended the five-day ritual last year.
In addition to this, the Kingdom has not even cleared airs on what the selection process will be for this year's hajj, which is scheduled to begin from July 31.
"The number of pilgrims will be around 1,000, maybe less, maybe a little more," Hajj Minister Mohammad Benten told reporters in Riyadh.
"The number will not be in tens or hundreds of thousands this year," he added.
The pilgrimage will be limited to those below 65 years of age and with no chronic illnesses, Health Minister Tawfiq al-Rabiah added further to the development.
Moreover, the pilgrims will be tested for coronavirus before arriving in the holy city of Mecca and will be required to quarantine at home after the ritual, Rabiah added.
Saudi Arabia's decision to hold a "very limited" hajj is fraught with political and economic peril and comes after several Muslim nations pulled out of the ritual that forms one of the main pillars of Islam.
The hajj -- a must for able-bodied Muslims at least once in their lifetime -- could be a major source of the contagious outbreak, as millions of pilgrims would be offering prayers within enclosed religious sites.
The decision comes as the Kingdom grapples with a major spike in infections, which have now risen to more than 161,000 cases -- the highest in the Gulf -- with more than 1,300 deaths.
A scaled-down hajj also represents a major loss of revenue for the Kingdom, already reeling from the twin shocks of the virus-induced slowdown as well as a plunge in oil prices.
The smaller year-round Umrah pilgrimage was also suspended in March earlier this year.
Together, they add USD 12 billion to the Saudi economy every year, according to government figures.
Hosting the hajj has been a matter of prestige for Saudi rulers, for whom the custodianship of Islam's holiest sites is their most powerful source of political legitimacy. (ANI)