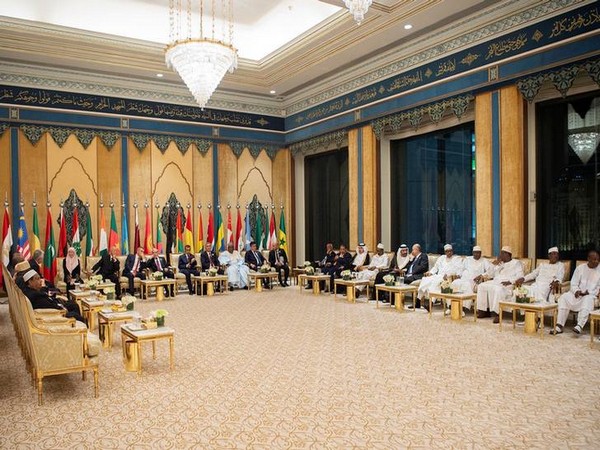 Islamabad [Pakistan], Feb 06 (ANI): Saudi Arabia has shown reluctance to accept Pakistan's request for an immediate meeting of Organisation of Islamic Cooperation's (OIC) foreign ministers on Kashmir, Dawn reported citing a Pak diplomatic source.
Pakistan has been pushing for a long time for the foreign ministers meeting of the 57-member body since Indian abrogated Article 370, which gave special status to people of the erstwhile state of Jammu and Kashmir, last August.
Though a meeting of the contact group on Kashmir took place on the sidelines of UNGA last year in New York, there is no progress on the Council of Foreign Ministers' (CFM) meeting.
According to the report, Saudi Arabia, which holds the most important place in OIC, is avoiding the CFM meeting by proposing several proposals to Pakistan including holding a parliamentary forum or speakers' conference from Muslim countries and a joint meeting on Palestine and Kashmir issues.
With the delay of the meeting, Pakistan's frustration is growing and is visible.
Last week during his visit to Malaysia, Imran Khan said, "The reason is that we have no voice and there is a total division amongst [us]. We can't even come together as a whole on the OIC meeting on Kashmir."
After Islamabad pull out of the Kuala Lumpur summit in December, Riyadh Foreign Minister Faisal bin Farhan indicated some flexibility on the proposal for the proposed meeting.
The Saudi flexibility too was short-lived and soon Riyadh reverted to its position on the CFM on Kashmir, the report added. (ANI)