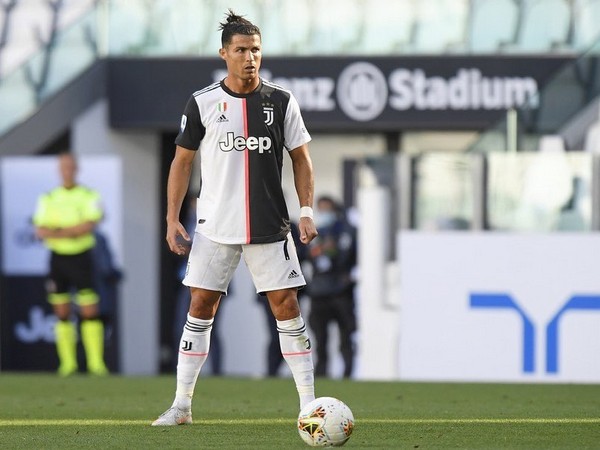 Turin [Italy], July 21 (ANI): Juventus manager Maurizio Sarri has heaped praise on "impressive player" Cristiano Ronaldo saying that the Portuguese has the extraordinary ability to complete a quick recovery between games.
Ronaldo scored twice to hand Juventus a 2-1 win over Lazio in the ongoing Serie A here on Tuesday.
With these two goals, Ronaldo became the fastest player to register 50 goals in Serie A since 1995, Goal.com reported. Also, he has become the first player to score 50 goals in Serie A, Premier League and La Liga.
"Cristiano is an impressive player because he has the extraordinary ability to complete a quick recovery between games. Not only physically, but, above all, mentally: he is a champion with his feet, but also with his head," Juventus' official website quoted Sarri as saying.
"He has strong determination. I will see if it will be necessary to let him rest, but as I said, he seems to be in excellent condition, also because Dybala and Higuain have had some problems these days. The Champions League? We will finish the league in the right way, and then we will focus on the Champions League," he added.
With this victory, Juventus have inched closer to sealing the Serie A title as they have gained an eight-point lead at the top. Sarri asserted that the club will remain focussed until their goal is achieved.
"We are missing four points, only after we have achieved them, will we then be able to think about the goal achieved. All the games are difficult now, and in the space of six days, we play three games... So, we must stay focused and think about securing the missing points," he said. (ANI)

Never felt that I needed to sub Bale: Mourinho