Skip to content
Home  »  Entertainment   »   Saroj ji has left her mark and will be remembered forever: Anil Kapoor on Saroj Khan’s demise 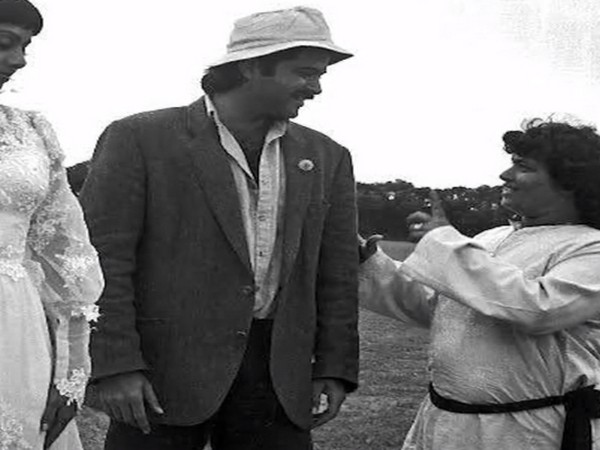 New Delhi [India], July 3 (ANI): Sharing a video reel featuring greatest works of late Bollywood choreographer Saroj Khan, senior actor Anil Kapoor on Friday mourned the demise of the legendary dance maestro.
Kapoor took to social media to post the video reel which featured him, Khan, and his co-stars Madhuri Dixit Nene and Sridevi from the sets of different movies.
The 'Nayak' actor also complimented the video with a long note dedicated to the departed choreographer.
He began the note with the description of Saroj Khan's "grace and artistry" and said that he feels fortunate to be able to work with her.
"With her grace & artistry, Saroj ji found a place in all our hearts that noone has ever been able to take... she made the most beautiful dance compositions and turned many non-dancers into dancers," he wrote.
"I was fortunate enough to work with her in many films and got to learn a lot from her. She brought out the dancer in me that I didn't even know was there! Her movements were magic & her face could express so many beautiful emotions... there's no one like her," he added.
Kapoor ended the note by describing how choreographer has left a mark on the Indian film industry.
"Saroj ji has left her mark and will be remembered forever...I will miss her a lot...Love You Saroj ji...Thank You for everything," he wrote.
Khan, who was earlier admitted to a hospital in Mumbai last month for breathing issues, passed away on Friday. She was 71.
She died due to a cardiac arrest in the ICU of Mumbai's Guru Nanak Hospital, where she was admitted on June 20.
The last rites of Saroj Khan will be performed at Malvani in Malad, Mumbai today. (ANI)