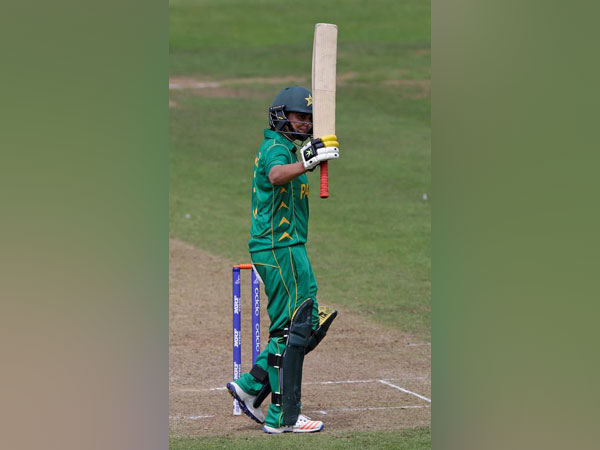 Lahore [Pakistan], April 30 (ANI): Pakistan Women's skipper Bismah Maroof heaped praises on the former skipper Sana Mir, who recently retired from the game, and said she is the ambassador of country's cricket.
"Sana Mir is a legend of the game and an ambassador of Pakistan cricket. She was one of the great minds we all played under. We all grew under her, and the credit goes to her. The name women's cricket has here exists in a large part because of Sana's involvement with it," Maroof said in a video press conference.
Mir had announced her retirement on Saturday, April 25, putting an end to a 15-year long illustrious career. She featured in 226 international matches for Pakistan, including 137 as captain from 2009 to 2017.
The right-handed batter, who was the first female bowler from Pakistan to take 100 ODI wickets, made her ODI debut against Sri Lanka in Karachi in December 2005, while her last ODI was against Bangladesh in Lahore in November 2019.
"She has achieved a huge amount for Pakistan cricket, and she deserves all the praise she has received over the last few days. She is a true ambassador for women's cricket around the world and I wish her good luck in whatever she wants to do next," Maroof said.
Mir, who has been a vital cog in the Pakistan bowling line up, rose to number-one on ICC Women's Rankings for ODI bowlers in October 2018. With 151 ODI wickets in 120 ODIs, she shares the fourth position on the all-time list with Anisa Mohammed of the West Indies.
Mir is among only five women players to complete the double of 1,000 runs and 100 wickets in ODIs. She played in three ICC Women's Cricket World Cups (2009, 2013 and 2017) and six ICC Women's T20 World Cups (2009, 2010, 2012, 2014, 2016 and 2018). (ANI)