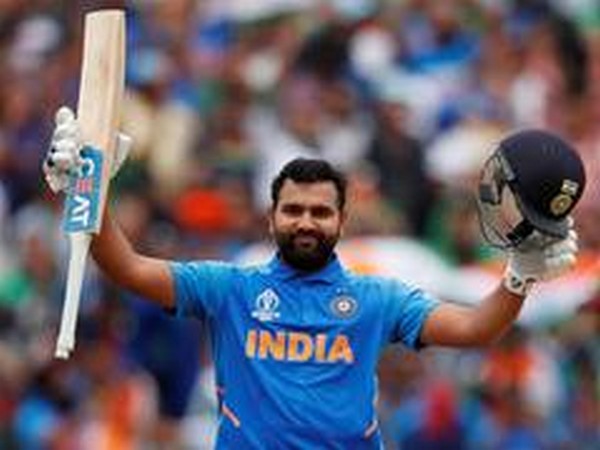 New Delhi [India], May 31 (ANI): Indian batsman Rohit Sharma on Sunday said that he is 'extremely honoured and humbled' to be nominated for the Rajiv Gandhi Khel Ratna award by the Board of Control for Cricket in India (BCCI).
BCCI took to Twitter and posted a video of Sharma in which the batsman thanked the cricket governing body, his teammate, fans and family.
"Extremely honoured and humbled to be nominated by the BCCI for Rajiv Gandhi Khel Ratna award, which is the highest sporting honour in India. I am grateful to BCCI, to all my teammates, support staff, fans of the game and my family for sticking by me," Sharma said.
Rohit, the ICC ODI Cricketer of the Year and India's vice-captain, is the first batsman to score four T20I centuries and is the first player to have twin centuries in his maiden appearance as a Test opener.
For Arjuna Award, the apex body of cricket in India on Saturday nominated Ishant Sharma, Shikhar Dhawan, and Deepti Sharma. (ANI)