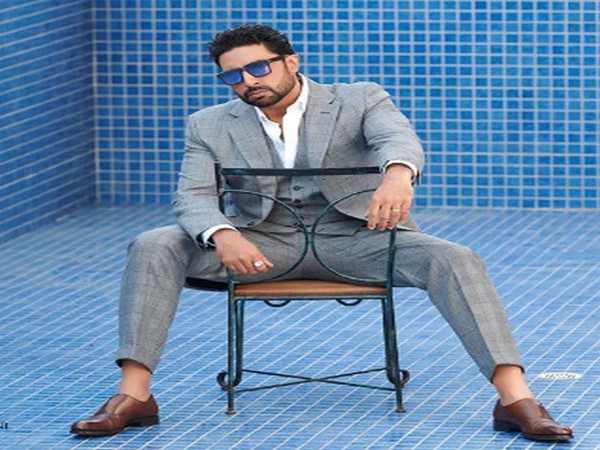 New Delhi [India], June 18 (ANI): Sharing another set of anecdotes as a part of his #RoadTo20 series, actor Abhishek Bachchan on Thursday remembered three of his most special films that released in the year 2006.
Bachchan, who will complete 20 years in the Indian cinema by the end of this month, complemented his anecdotes with a road map of his films released in the year 2006.
"#RoadTo20. Year-2006 #KabhieAlvidaNaKehna #UmraoJaan #Dhoom2 All three films hold a very special place in my heart," wrote Bachchan.
Bachchan then shared that 'Kabhi Alvida Na Kehna' is special for him as it was his first collaboration with megastar Shah Rukh Khan, director Karan Johar and actor Priety Zinta.
"KANK was my first collaboration with @iamsrk @karanjohar and @realpz. My third with @amitabhbachchan and my fourth with Rani. All dear friends and colleagues I've learnt so much from," the 'Yuva' actor.
Talking about 'Umrao Jaan' in which he wrked with his wife Aishwarya Rai Bachchan, he wrote, "Umrao Jaan was my third film with JP saab and my third too with @aishwaryaraibachchan_arb and @suniel.shetty."
"JP Films is like home for me and working with them always seems to be more of a holiday than work. Umrao is very special to me also because.... well you know why," he added.
He then shared how 'Dhoom 2' on the other hand gave him the oppurtunity to work with his childhood friends.
"Dhoom 2 ( my favourite of the series so far) saw a whole bunch of my childhood friends and some newer ones come together to make such a fun film. We had a blast making this one!!! Everyday was like a huge school picnic. we all made memories for a lifetime," his caption read.
Abhishek, who is all set to complete 20 years in Bollywood, had started with the #RoadTo20 series to share his journey in the Bollywood industry as an actor. (ANI)