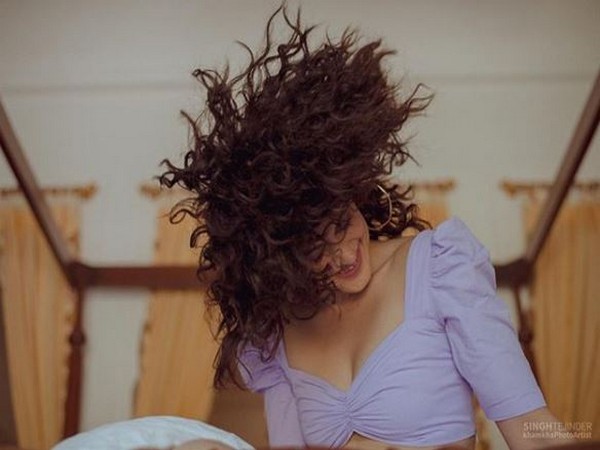 Mumbai (Maharashtra) [India], September 22 (ANI): Actor Taapsee Pannu on Tuesday treated her fans to an all-smiles morning picture as she adds 'madness to her method'.
The 'Saand Ki Aankh' actor posted a picture on Instagram wherein she is seen flaunting her luscious curly locks. In the picture, Taapsee looks glamorous as she sports a white cropped with puffed shoulders, the actor is also seen sporting hoop earrings while she embraces her radiant smile. The snap seems to be her first picture in the morning as the 'Badla' star is seen in a blurry backdrop of her room.
The 'Pink' actor captioned the post as, "And there was madness to her method...#RiseAndSmile."
Celebrity followers including Abhishek Bachchan and more than 2 lakh fans liked the post with many leaving lovable comments.
Of late, the actor has been quite active on social media and has been updating fans on their activities by posting pictures and videos.
Earlier last week, Taapsee shared some of the meaningful dialogues in the voice-over of senior actor Amitabh Bachchan and reminisced about her social thriller film 'Pink' as the movie clocked four years on the horizon of Indian cinema. (ANI)