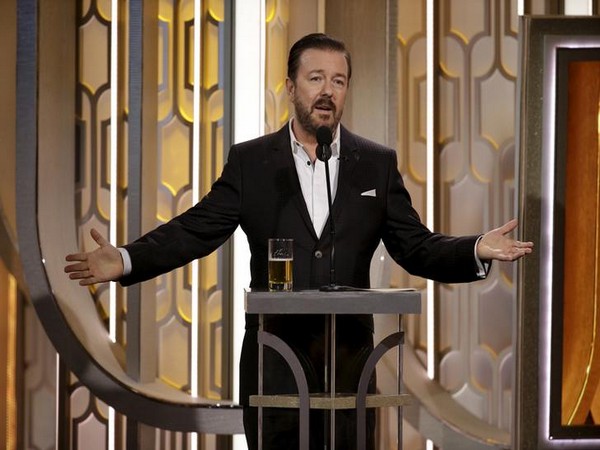 Washington [US], January 13 (ANI): Comedian and host Ricky Gervais recently revealed that he had turned down a chance to become the first comedian to do a gig in space.
According to Fox News, the 59-year-old host appeared on 'The Tonight Show with Jimmy Fallon' and told the late-night host that he was recently pitched the new opportunity but felt it was too dangerous.
"I was offered one of these things where you go up into space for 15 minutes. And it was like a group of billionaires and they offered me the chance to be the first comedian to do a stand-up show in space. No. I'm not going to risk it," he said.
The creator of 'After Life,' then said that the whole experience would have been a waste of time for him.
"These people have paid USD 300,000 to go into space and have a look around... and then they go there and it's Ricky Gervais doing 10 minutes. They can watch me on YouTube," he jokingly said.
Fox News reported that the comic has also applied his no-nonsense attitude to the social media phenomenon that is cancel culture and its impact on the world of comedy and how difficult he finds it to make comedy in an environment where the consequences of one's words are so dire. (ANI)