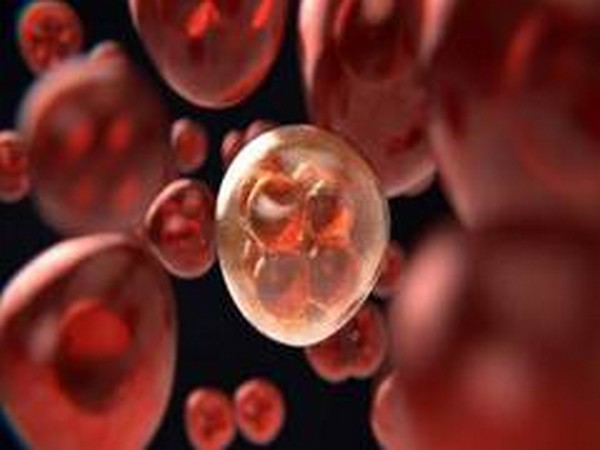 Washington [US], February 13 (ANI): A solitary strain of Bacteroides fragilis altogether diminished graft-versus-host disease (GVHD) by ensuring gut integrity, suggested the findings of a new study led by cancer researchers of Medical University of South Carolina (MUSC).
The findings reported in JCI Insight showed that even though bone marrow transplant can be a lifesaving procedure for patients with blood cancers; however, GVHD is a potentially fatal side effect of transplantation, and it has limited treatment options. This proof-of-concept study demonstrates that better treatment options may be on the horizon for patients with GVHD.
Xue-Zhong Yu, M.D., associate director of Basic Science at Hollings Cancer Center, and lead author Hanief Sofi, Ph.D., realised that protecting the health of the gastrointestinal tract is a good target for reducing severe GVHD.
"If we can figure out how to keep a patient's intestinal tissue healthy before and after bone marrow transplant, then the patient's outcome will be much better. We know that restoring the microbiota diversity in the gut is an effective solution, but that comes with many challenges," said Yu.
Patients with blood cancers, such as leukemia, must undergo radiation and chemotherapy before they can get their new cancer-free immune system through bone marrow transplantation. The balance between the immune system and intestinal microbiota, communities of microorganisms that live in the gut, is especially important for proper intestinal health. Unfortunately, the radiation and chemotherapy radically throw off this balance, and the diversity of the microbiota is reduced 100- or even 1,000-fold. This leads to a condition called "leaky gut."
Clinical studies have shown that patients who recover microbiota diversity faster have better outcomes and less severe GVHD. Reduced microbiota diversity is associated with more severe GVHD.
Other studies have shown that fecal microbial transplantation (FMT) can be effective at reducing GVHD, but the challenge is how to get the right donor. Patients are heavily immune-deficient after bone marrow transplantation, and there is a great risk of bad infection if FMT is used in humans.
The Yu laboratory used two different strains of mice to establish a GVHD model that closely resembles the biology that occurs in humans after bone marrow transplantation. The mice developed acute GVHD. FMT significantly reduced acute GVHD in this model and reduced donor T cell proliferation in the organs, which is what triggers GVHD.
The researchers then used genetic sequencing to see which bacteria strains were most different between the fecal material of GVHD mice that received FMT and those that did not receive FMT.
Mice that had the best outcome, the lowest GVHD, had the highest levels of a bacteria called B. fragilis. Mice given this single bacterial strain had significantly reduced acute and chronic (long-term) GVHD compared to mice that did not get B. fragilis. In fact, B. fragilis alone was as good or even better than FMT.
Administration of B. fragilis increased overall gut microbial diversity, including increasing the amount of other beneficial bacteria strains. Surprisingly, GVHD was reduced in this model not only by live bacteria but also by bacteria that had been killed by short exposure to high heat.
The observation that B. fragilis was the main effective bacteria in the FMT process was not entirely new: B. fragilis also reduces autoimmunity in type 1 diabetes and colitis.
The current study by Yu and colleagues has two important findings. First, a molecule called polysaccharide A on the surface of B. fragilis appears to be critical for the GVHD-reducing functions of this bacteria. When the bacteria were modified to lack polysaccharide A, GVHD was not reduced compared to mice that did not receive any B. fragilis.
Secondly, the administration of B. fragilis did not reduce the graft-versus-leukemia or cancer-killing effect of the bone marrow transplantation, even though it did reduce donor T cell expansion in the gut. This is critical, since GVHD treatment options that reduce the graft-versus-leukemia effect would not be clinically significant.
"If this can be translated into the clinic, it would be a safer, easier and more effective treatment option," said Yu.
Further study in humans is needed to get this potential treatment into the clinic. Hematopoietic stem cells, given via bone marrow transplant, are classic immunotherapies for liquid tumors, but strategies to make the transplantation safer and more beneficial are sorely needed. Hollings Cancer Center researchers continue to search for the most effective therapies to improve patient outcomes and quality of life, he said. (ANI)