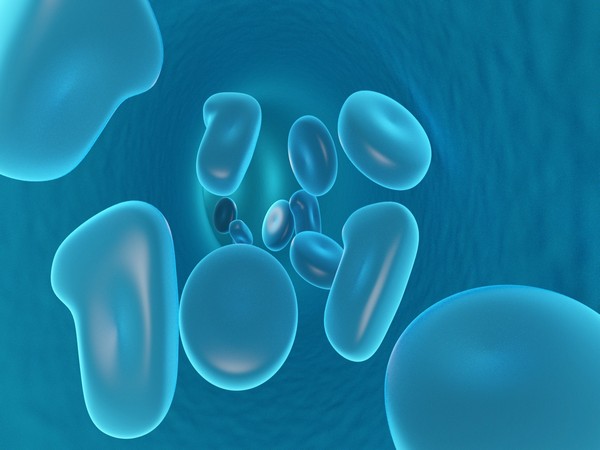 Toronto [Canada], February 13 (ANI): During a recent study, a team of researchers from the Institut national de la recherche scientifique (INRS) have identified a therapeutic approach to restore the effectiveness of immune cells. The team was prompted by the need to improve conventional treatments for people infected with the human immunodeficiency virus (HIV-1).
The study, led by doctoral student Hamza Loucif and Professor Julien van Grevenynghe, was published in the journal 'Autophagy'.
Most people infected with HIV-1 require daily antiretroviral therapy to control the infection. These drugs cause significant side effects without fully restoring the normal functioning of the immune system. Yet, a specific group of patients, called "elite controllers", are able to live with the infection without any drug intervention.
"They represent an incredible model for detecting, at the molecular level, what needs to be improved for other patients," said Professor Julien van Grevenynghe.
"That's why the team of immunologists wanted to find out what differentiates them from conventionally treated patients to develop new weapons against infection," added Grevenynghe.
Scientists demonstrated that the strength of elite controllers comes from their energy metabolism within CD8 lymphocytes.
"Cells require energy, produced in the mitochondria to protect the body and carry out their functions. However, this energy is not used effectively by treated patients. Due to a deregulation of the metabolism, the cells are weakened in their immune function," said Professor van Grevenynghe, who has worked on HIV for 15 years.
This energy deficiency is not permanent. Indeed, the research team demonstrated that CD8 lymphocytes can be "re-educated" using a soluble protein that optimises their energy intake and immune function.
"The protein, called interleukin-21 (IL-21), restores mitochondrial energy metabolism through a cell recycling process called autophagy. For elite controllers, the degradation of lipid reserves through autophagy, or lipophagy, is highly effective," said the Ph.D. student.
"These results have an undeniable therapeutic interest, as the protein already exists! Moreover, the mere fact that elite controllers exist is proof in itself that we will one day be able to survive the infection without aggressive treatment," Professor van Grevenynghe enthusiastically pointed out. "We might ultimately be thinking about ending the treatment. The cells could also respond better to vaccination and treatment with better energy efficiency."
All the immune protection associated with CD8 lymphocytes comes from the presence of CD4 lymphocytes. These cells act as orchestra conductors' cells of the immune system. Therefore, the research team wants to determine if CD4 lymphocytes also have a metabolic advantage. Ultimately, the group wants to test their therapeutic approach in humanised mouse models and even macaques.
An additional benefit of this breakthrough is that the results of the study would not be limited to HIV-1 alone. "A comparison can be made with other pathologies associated with persistent inflammation, such as cancer, diabetes, and even COVID-19 with lung inflammation," said Julien van Grevenynghe. (ANI)