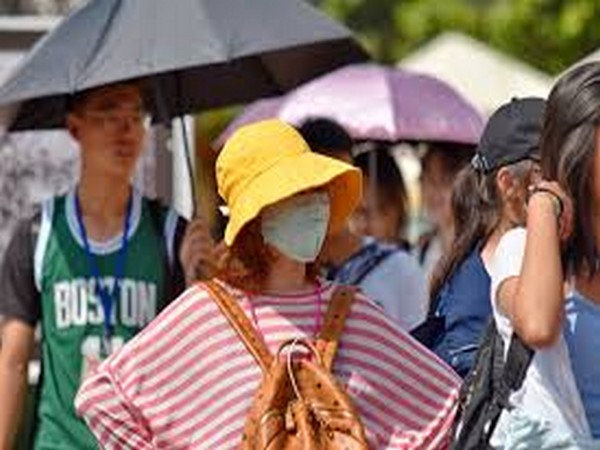 Tokyo [Japan], May 29 (ANI): A team of Japanese researchers have found that regional differences play a major role in mutating the strains of coronavirus and making it innately contagious as well as lethal in one part of the world than in another, according to a study cited by The Washington Post.
Stark differences in mortality across the world have caught the attention of researchers who are trying to crack the code as to why has the death toll from covid-19 apparently been lower in Asia than in Western Europe and North America?
Parts of Asia reacted quickly to the threat and largely started social distancing earlier on. But researchers are also examining other factors, including differences in genetics and immune system responses, separate virus strains and regional contrasts in obesity levels and general health.
China, where the virus emerged late last year in Wuhan, has recorded fewer than 5,000 deaths, which translates to three deaths per million inhabitants. Japan has around seven per million, Pakistan six, South Korea and Indonesia five, India three and Thailand fewer than one per million. Vietnam, Cambodia and Mongolia say they have recorded zero covid-19-related deaths.
Compare that with about 100 deaths per million in Germany, about 180 in Canada, nearly 300 in the United States and more than 500 in Britain, Italy and Spain.
Scientists at Japan's Chiba University plotted the trajectory of the virus across the world and said they noticed stark regional disparities.
"That means we need to take into consideration regional differences first, before analysing what policies and other factors are affecting the spread of infection in any given country," said Akihiro Hisaka of the varsity's Graduate School of Pharmaceutical Sciences.
An assumption made from the ongoing research suggest that the SARS-CoV-2 virus mutates the way all viruses do and is just as innately contagious and lethal in one part of the world as in another.
An initial reluctance to react to an epidemic that seemed distant and unthreatening is another aspect for higher covid-related deaths in the United States and Western Europe.
"There are differences in testing, reporting, control from country to country. And there are differences in rates of hypertension, chronic lung disease, et cetera, on a country-by-country basis," Jeffrey Shaman, an epidemiologist at Columbia University, told the Post.
In Asia, meanwhile, previous experience with the SARS and MERS epidemics enabled much faster responses to the new threat.
Several studies, earlier, suggested that heat and humidity can slow, although not stop, the spread of the virus, just as is seen with influenza and with coronaviruses that cause common colds. But such findings were also squashed after certain equatorial countries, including Ecuador and Brazil, saw severe growth in infected cases and deaths linked to covid-19.
But among all hypothesis, scientists at Chiba University were quoted as saying that a whole range of possible genetic factors might also condition the body's response to the virus.
Tatsuhiko Kodama of the University of Tokyo said preliminary studies show that Japanese people's immune systems tend to react to the novel coronavirus as though they had previous exposure, and notes that there are centuries of history of coronaviruses emerging from East Asia.
"The enigma of lower death rates in East Asia can be explained by the presence of immunity," he said.
However, all the epidemiological research on the virus suffers from incomplete data, and any conclusions drawn from the initial numbers may melt away as new data emerges. It is still early in the pandemic, experts say, and the hard-science questions take time.
In any case, it doesn't change the need for every country to remain on high alert.
"All of the strains that are circulating on the planet," said Jeremy Luban, a virologist at the University of Massachusetts Medical School in the US, further adding that it "seems to be capable of killing people." (ANI)