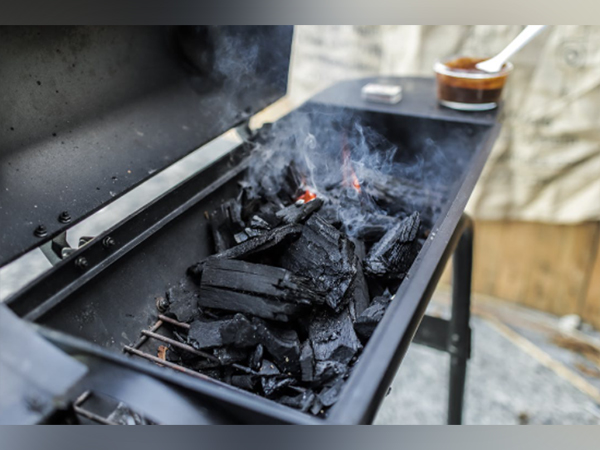 Davis (California) [US], May 13 (ANI): According to the University of California, switching to low-carbon fuels for transportation, cooking, heating, electricity generation and other needs will help combat climate change and reduce racial and ethnic disparities in exposure to air pollution.
The findings of the research were published in the journal 'Science of The Total Environment.'
The study found that differences in exposure to fine and ultrafine particle pollution could be reduced between 20 and 40 per cent in 2050 if solar, wind and electric sources were used rather than fossil fuels.
The findings factor in California's ban on the sale of new gas-powered passenger vehicles beginning in 2035 and illustrate the need to focus beyond transportation pollution, which has been a significant source of climate-damaging emissions.
"Even though transportation pollution has been largely decreased by 2050, the other sectors will still be important," said Yiting Li, a PhD candidate in atmospheric sciences who is the first author of the journal article.
Energy, climate and emissions
The UC Davis researchers analyzed future energy use and emissions scenarios in four regions - the San Francisco Bay area including Sacramento, San Joaquin Valley, Los Angeles and San Diego. The energy scenarios ranged from business as usual to strict reductions in greenhouse gas emissions.
All California residents benefitted from improved air quality when low-carbon fuels, carbon capture or other actions were adopted, the analysis showed.
The analysis also showed that adopting low-carbon fuels can help address some of the historical imbalances in air pollution exposure. For example, Black residents experience higher levels of pollution than white residents in Los Angeles, but the detailed analysis carried out in the study showed that using larger quantities of low-carbon fuels reduced those exposure disparities. Similar results were found in other regions, with the groups living closest to the urban cores benefitting the most.
"Not only does it improve air quality, but it also shrinks the disparity among different groups," said Michael Kleeman, the study's senior author and professor of civil and environmental engineering who is also a member of the Atmospheric Science Graduate Group and the Institute for Transportation Studies. "It levels the playing field for all California residents."
Environmental justice and low carbon fuels
Knowing this information can help round out policy discussions about cutting pollution levels by incorporating environmental justice aspects, the researchers said.
"We often talk about low carbon fuels and greenhouse gas reductions, but there's not a lot of talk about public health," Kleeman said. "The public health benefits associated with low carbon fuels should be a part of these conversations."
The study also estimated that adopting low-carbon fuels would prevent thousands of deaths in California each year through improved air quality. In economic terms, the total public health benefits were estimated to be approximately $20 billion annual.
Anikender Kumar and Yin Li from the Department of Civil and Environmental Engineering also contributed to the analysis. (ANI)