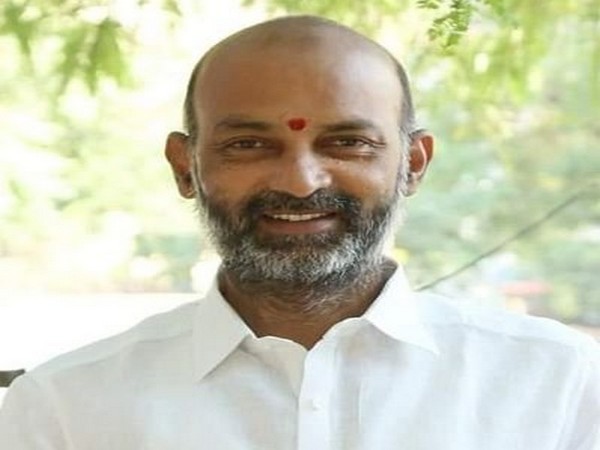 Hyderabad (Telangana) [India], December 1 (ANI): The Joint Commissioner of Police for Central Hyderabad P Viswaprasad on Monday categorically denied reports of an attempt to murder BJP Telangana unit president Bandi Sanjay and said that some TV channels are spreading baseless rumours.
"Some TV channels are showing incorrect news that there was an attempt to murder Bandi Sanjay. This information is wrong. Please don't believe such rumours," Viswaprasad said in a press release.
"An oral altercation occurred between two political groups leading to damage of glass of the car. A case is registered by the central zone police station. There is no injury to anyone," he added.
He further said that Bandi Sanjay came to Necklace road for an evening walk.
On receipt of information about a perceived threat, Ramgopalpet police station Inspector along with his staff reached the spot and requested him to leave the place as it is an isolated place and not advisable to move in the area.
Meanwhile, a mob stopped the vehicle of Sanjay's follower to check it. Police who had already descended at the spot tried to control them. In the melee, some of them broke the front windscreen glass of the car with hands. (ANI)

There’s possibly another 100 Test matches there for de Kock: Boucher

My heart is with farmers on Republic Day says Capt Amarinder

Man Utd have a lot of leaders in the dressing room: Maguire

Man Utd have a lot of leaders in the dressing room: Maguire