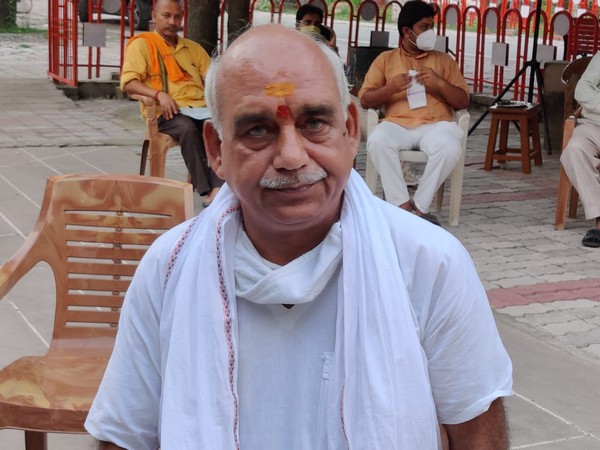 Ayodhya (Uttar Pradesh) [India], August 2 (ANI): The official religious ceremonies of worship leading to 'bhoomi pujan' on August 5 by Prime Minister Narendra Modi will begin from August 3.
In addition to this, a team of 21 brahmins are performing various 'anushthans' (religious ceremonies) for past over 100 days and on the day PM will perform 'bhoomi pujan', it will be 109 days of these religious prayers.
Speaking to ANI, Ashok Tiwari, Sant sampark pramukh and central office secretary Vishva Hindu Parishad (VHP) said that Ganesh pooja will be performed on August 3 followed by Ram archana on August 4.
"On August 3, there will be Ganesh pooja starting from 8 am and Ram archana on August 4 and on August 5 there would be 'bhoomi pujan' by the PM. Kashi and Ayodhya vedic gurus will perform this pooja. These rituals are taking place. The prayers that we were supposed to do today at Hanuman garhi will now be undertaken on Tuesday along with Nishaan pooja. Nishaan (symbol) worshipping are rituals and prayers conducted by various Akharas as these symbols represent lord Hanuman," stated Tiwari.
Tiwari informed that 'anushthans' started around the time the idol of Ram Lalla was shifted to a temporary structure.
"We had various prayers like ved purush and Sree sukhth, aghor mantra, Vishnu sahastranaam, Ram raksha strot, vastu and nakshatra programmes were done every day," informed the functionary on the type of religious prayers being held. (ANI)