Skip to content
Home  »  World   »   Recent US sanctions will put business in Xinjiang on notice, Pompeo on rights abuses by China 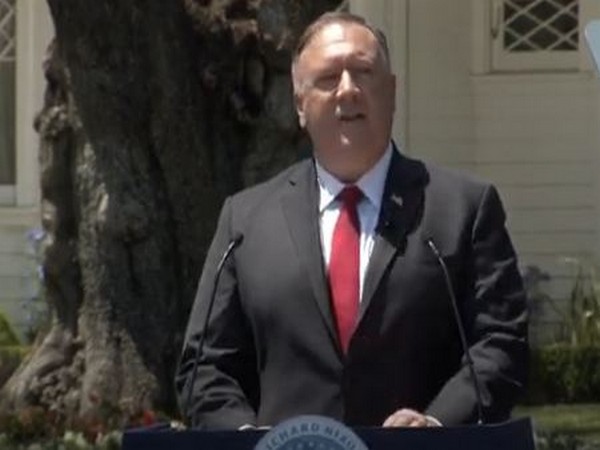 Washington [US], Aug 3 (ANI): US Secretary of State, Mike Pompeo, on Sunday came down heavily on China for its human rights abuses in Xinjiang and said the most recent US sanctions will put business operating in the region on notice.
"The risk to the people in that region has been great. I've talked about this. This is the greatest human rights violation of this century to date. And what we have attempted to do is make clear to China, if you want to participate on the world stage, you can't engage in behavior like this. So we've begun to impose sanctions on the individuals and businesses involved in this," Pompeo said in an interview to Fox News.
Pompeo had on Friday said that sanctions have been imposed on Xinjiang Production and Construction Corps and two of its officials for their connection to serious human rights abuse on the Uyghur community in Xinjiang.
After the sanctions imposed by the US Department of the Treasury, Pompeo had urged countries worldwide to condemn the Chinese Communist Party (CCP) for their continuous human rights abuse against its own citizens.
On Sunday, Pompeo told Fox News the most recent set of sanctions put out by the Department of Treasury will put the businesses operating there on notice.
"...They've got to change their behaviour, they've got to stop using slave labour, they've got to stop participating in these systems that have been connected to forced sterilizations, forced abortions. These are terrible, terrible things that are taking place there, and we're going to impose real costs on those businesses," he said.
"This company is involved in the cotton trade and so has deep connectivity to Western businesses, including those in the United States. And we've been very clear: We've told U.S. businesses to take a real, deep look into their supply chains. I don't think companies - some brand names here in America - want to be connected to what's taking place there," the US Secretary of State added.
Asked about FBI Director Christopher Wray speaking to the Senate Intel Committee in the last week and warning about China's increased capability to interfere in US elections, Pompeo said: "I talked about this back in February to the National Governors Association - the Chinese Communist Party - and you saw this with our closure of the consulate in Houston - is running espionage operations inside the United States and attempting deep-influence targeting of American business leaders, of American congressmen, of city council members. We saw it happen up to a state senator in Wisconsin."
US had recently ordered China to close its consulate in Houston. In retaliation, China ordered US to close its diplomatic facility in Chengdu.
"This is a deep effort to conduct influence operations to undermine American democracy and put our nation at risk. This administration, President Trump - for the first time - has said this is enough of this, we're going to fix this, and has given us all the guidance," said Pompeo.
"And you've seen us act on it, whether it was what we did to the consulate with Houston; you saw the FBI indict several PLA members who were studying here in the United States engaged in activity that was clearly unlawful. We're taking seriously this threat. We're going to protect the American people from these Chinese influence operations," he added. (ANI)

6 thoughts on “Recent US sanctions will put business in Xinjiang on notice, Pompeo on rights abuses by China”