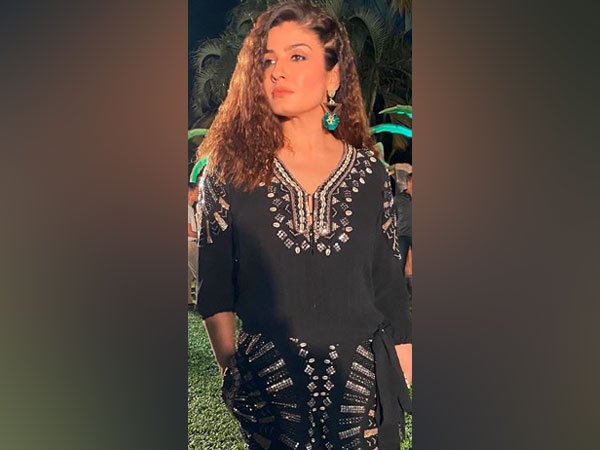 Mumbai (Maharashtra) [US], September 22 (ANI): At a point when the Narcotics Control Bureau (NCB) is actively probing a drug nexus in Bollywood, actor Raveena Tandon on Tuesday welcomed a 'clean up' and said it 'will help our young, future generations.'
The 45-year-old star took to Twitter and urged that the dealers and suppliers must be punished. She tweeted, "It was high time for clean up to happen. Very welcome! Will help our young/future generations. Start from here, surely, proceed to all sectors. Uproot it from its core. Punish the Guilty, users, the dealers/suppliers. The profiting Big Guys on the take, who give it a blind eye and ruin people."

Earlier in the day, NCB, which is probing the drug case linked to Sushant Singh Rajput's death investigation summoned Bollywood talent agency KWAN Agency's CEO Dhruv Chitgopekar, Head Talent Manager Jaya Saha and Karishma to join the ongoing investigation.
Karishma handles Bollywood actor Deepika Padukone's account.
The NCB has also summoned Shruti Modi, former business manager of actor Sushant Singh Rajput, to join the investigation as well.
All four people have been asked to be present at the NCB office in Mumbai on Tuesday.
Previously, the NCB had detained five persons in connection with three separate drug busts, one of which is linked with the drugs case related to the death of Sushant Singh Rajput, NCB official said on September 18. (ANI)