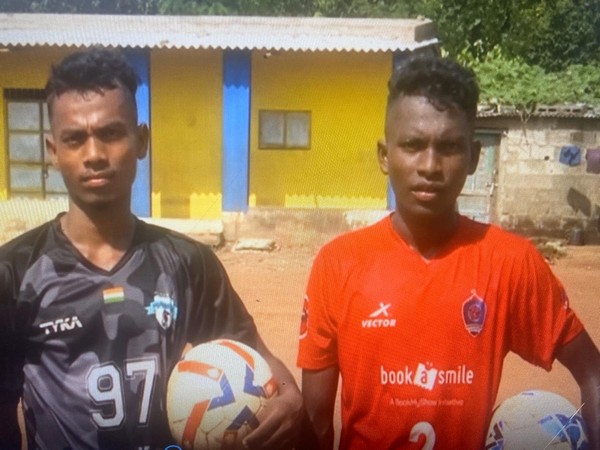 Bhubaneswar (Odisha) [India], October 10 (ANI): After overcoming hardships of life, Ranjan Soren and Sunil Soren, from the slums of Salia Sahi, have signed a professional contract with Punjab FC.
Both were offered contracts from two different clubs namely, Odisha FC and Punjab FC, after being impressed with their abilities. However, they decided to go for Punjab FC. Ranjan is 15 years old while Sunil is 16 and they are step-brothers.
Expressing elation over signing the contract, Sunil told ANI: "I am very happy that Punjab FC has given me a professional contract. I was working hard but now I will work even harder as the competition will get tougher. My family supported me and they are very happy."
Ranjan, on the other hand, said: "I want to play for India. It has been six-seven years that I have been playing football. My family never thought that such a thing would happen and they are very happy."
JD Mohapatra, who coached them, said both Sunil and Ranjan's story is an inspiration for others and hopes that both represent the country in the future.
"This is the first time in the history of Odisha that two young players at the age of 15, 16 have been offered a professional contract by two leading clubs, Odisha FC and Punjab FC," Mohapatra said.
"But after looking into the contract and the paperwork, we have finally decided that both will tie-up with Punjab FC. It will be an inspirational story for youngsters. I hope they represent the Indian team," he added. (ANI)