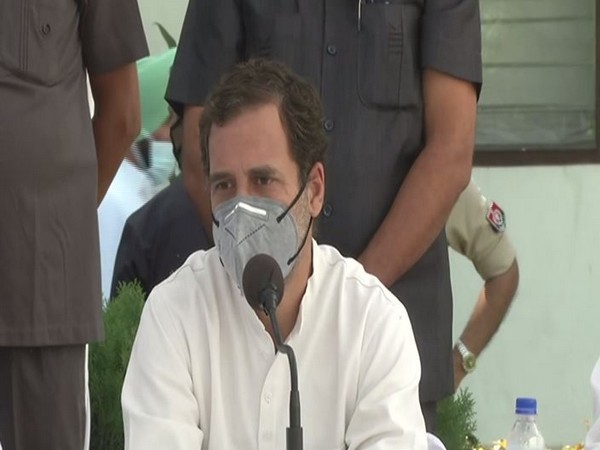 By Siddharth Sharma
New Delhi [India], October 17 (ANI): Former Congress president and MP Rahul Gandhi will kick start the poll campaign in Bihar on October 23, where he will address two rallies in a day.
He will address one rally in Hisua where Neetu Singh is a Congress candidate from that area. The party is eyeing Bhumihar vote bank as in the last assembly polls 9 MLAs were elected from Bhumihar community. It was the first time that party had got these numbers after so many years.
To give a message to the community, the rally has been planned there in another area at Kahalgaon. Congress CLP leader Sadanand Singh's son Mukesh Singh is contesting on Congress ticket.
Sadanand Singh is a 9th term MLA and has vacated his seat for his son Mukesh Singh. Rahul will address his second rally to boost Mukesh Singh prospects. According to sources, the Party is working on the joint rallies of Tejashwi Yadav and Rahul Gandhi but the program is yet to be finalised.
The party is planning at least 6 rallies of Rahul Gandhi in Bihar Assembly Polls, two rallies for each phase of polls.
Mahagathbandhan has announced Common Minimum Program in Patna today and Congress' Randeep Surjewala and RJD's Tejashwi Yadav announced it jointly while promising relief to farmers and assuring 10 lakhs job for the unemployed.
While Prime Minister Narendra Modi will also hold 12 election rallies in poll-bound Bihar starting from October 23.
"PM Modi will hold 12 election rallies in Bihar for NDA (National Democratic Alliance) candidates. On October 23, he will hold rallies in Sasaram, Gaya and Bhagalpur. On October 28, Prime Minister will hold rallies in Darbhanga, Muzaffarpur and Patna. On November 3, he will hold rallies in Chhapra, East Champaran and Samastipur. On November 3, rallies in West Champaran, Saharsa and Araria will be held," former Maharashtra Chief Minister and Bharatiya Janata Party (BJP) Bihar in-charge Devendra Fadnavis said during a press conference on Friday.
Voting for the first Phase for Bihar Assembly Polls is on October 28 and counting will be held on November 10. (ANI)

Hoshiarpur: Car collision leads to 5 people injured, attempt to save the biker