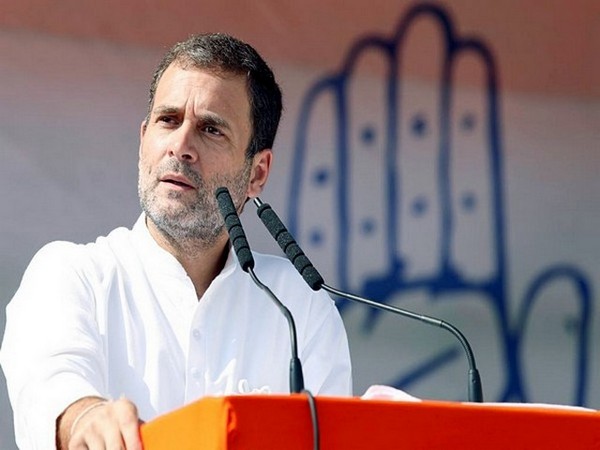 New Delhi [India], November 22 (ANI): Taking on the Bharatiya Janata Party (BJP) over the Hathras incident, Congress leader Rahul Gandhi on Sunday said that the constant exploitation of victims at the hands of the Uttar Pradesh government is unbearable.
"The constant exploitation of victims at the hands of the government in UP is unbearable. The entire country is seeking answers from the government in the case of Hathras rape and murder and is with the victim's family. Another example of uniformed hooliganism in Gundaraja," Gandhi tweeted along with a picture of a news report.
Reportedly, the People's Union for Civil Liberties (PUCL), Uttar Pradesh had claimed that members of the Hathras victim's family were living in conditions similar to a house arrest. This comes as the family was granted security.
The Supreme Court had earlier directed that the Allahabad High Court will monitor the probe, being conducted by the Central Bureau of Investigation (CBI), into the case related to the alleged gang-rape and subsequent death of a Dalit girl in Hathras.
The 19-year-old had succumbed to her injuries at Delhi's Safdarjung Hospital on September 29 after being assaulted and allegedly gang-raped in Uttar Pradesh's Hathras on September 14. Her body was cremated by the Uttar Pradesh Police and the administration allegedly without the consent or the presence of the victim's family. (ANI)