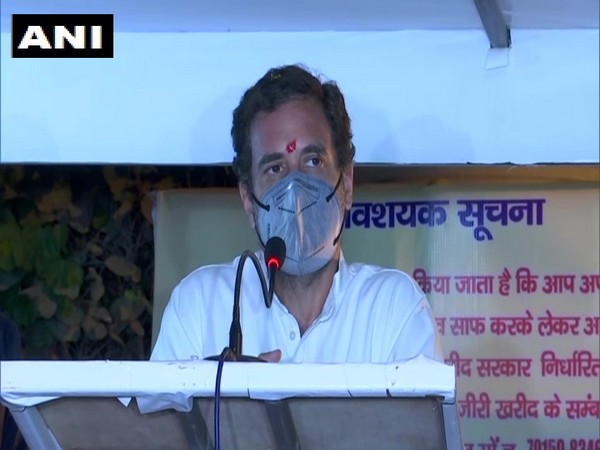 New Delhi [India], October 14 (ANI): Congress leader Rahul Gandhi on Wednesday took a potshot at the Bharatiya Janata Party (BJP) led Centre over the International Monetary Fund (IMF) comparing India's per capita Gross Domestic Product (GDP) with that of neighbouring Bangladesh.
Sharing a projection by the IMF-World Economic Outlook, Gandhi said that Bangladesh's per capita GDP could overtake India's in the coming years.
The IMF graph projects that the per capita GDP of both India and Bangladesh would be at USD 1,888 for 2020.
Gandhi, through his tweet, attributed the dip in India's numbers to BJP's political agenda which he said has been carried out in the six years of its rule at the Centre.
"Solid achievement of 6 years of BJP's hate-filled cultural nationalism: Bangladesh set to overtake India," Gandhi said. (ANI)