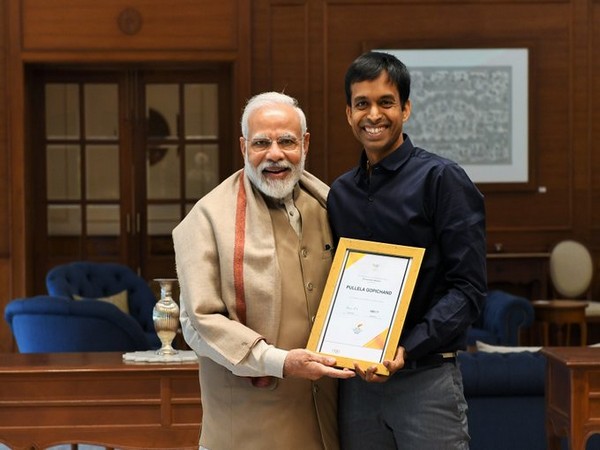 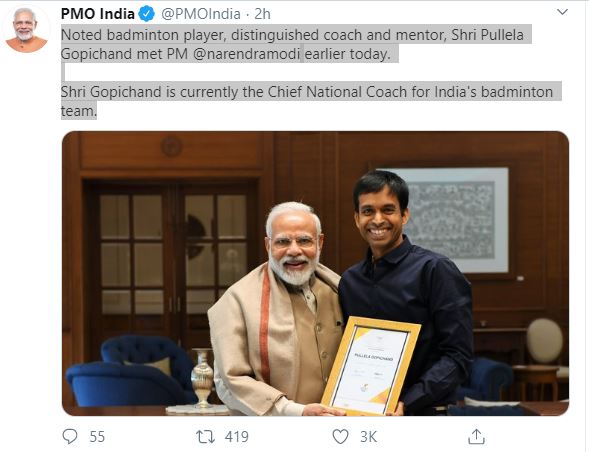 Modi will launch the first edition of Khelo India University Games on February 22 in Bhubaneswar. He will kick start the multi-disciplinary sporting event through video conference.
Earlier on February 9, Gopichand was given an honourable mention at the International Olympic Committee's (IOC) Coaches Lifetime Achievement Awards 2019. He received the mention in the male category of the awards.
Gopichand had won the All England Badminton Championship in 2001. He has been renowned for coaching major stars in the country.
He has been instrumental in shaping the careers of Saina Nehwal, PV Sindhu and Kidambi Srikanth to name a few.
Gopichand has been previously honoured with the Dronacharya award for coaching and has also received Padma Bhushan -- India's third-highest civilian award. (ANI)