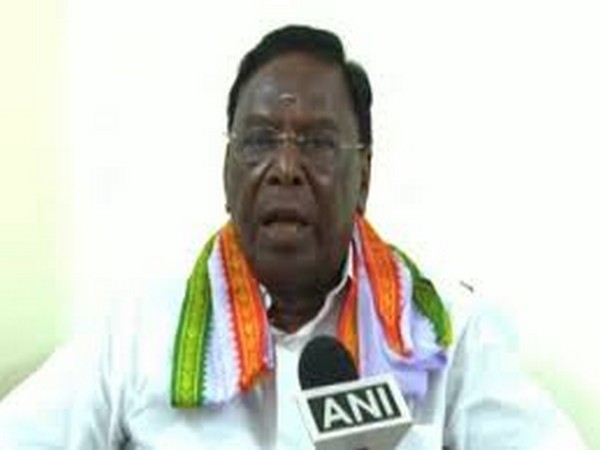 Puducherry [India], February 16 (ANI): Puducherry Social Welfare Minister Kandasamy on Tuesday said the cabinet headed by Chief Minister Narayanasamy will resign after the resignations of Congress legislators in Puducherry ahead of the assembly elections later this year.
In a video, Kandaswamy said: "Prime Minister Narendra Modi and Puducherry L-G Kiran Bedi have been harassing the Congress government for four and a half years. They are trying to dissolve the regime. We are working to dissolve the cabinet headed by CM Narayanasamy and win the assembly elections again."
Earlier, Congress MLA from Kamaraj Nagar constituency, A John Kumar had resigned from his post, citing "dissatisfaction with the Congress government."
This comes ahead of the Legislative Assembly polls scheduled to be held in the Union Territory between April and May this year.
Chief Election Commissioner of India (CEC) Sunil Arora has said that the election will be held at the same time in Tamil Nadu and Puducherry. However, the dates of the polls are yet to be announced. (ANI)