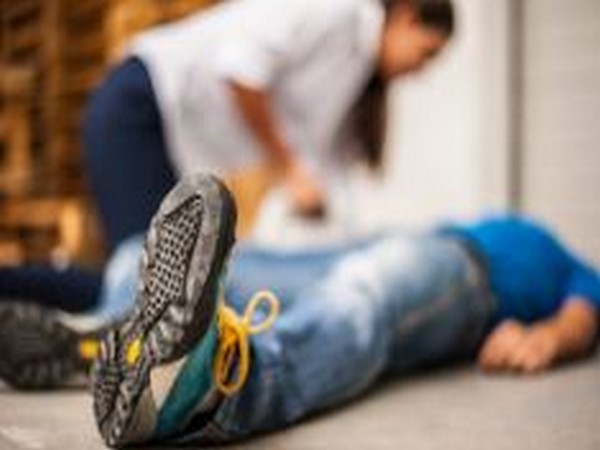 Washington [US], January 10 (ANI): A study led by investigators of Vanderbilt University Medical Center have claimed that sudden and uncontrolled electrical disturbance in the brain is associated with psychiatric disorders.
Functional seizures are sudden attacks or spasms that look like epileptic seizures but do not have the aberrant brain electrical patterns of epilepsy.
The research team, headed by Lea Davis, PhD, associate professor of Medicine and an investigator in the Vanderbilt Genetics Institute, confirmed associations between functional seizures and psychiatric disorders including posttraumatic stress disorder, anxiety and depression as well as sexual assault trauma.
They also discovered a novel association between functional seizures and cerebrovascular disease, including stroke.
The findings were reported in the journal JAMA Network Open.
eizAlso known as psychogenic nonepileptic seizures, functional sures have been historically understudied. Patients often experience a long delay -- on average seven years -- before they receive an accurate diagnosis.
About 80 per cent of patients experiencing functional seizures are initially misdiagnosed with epilepsy and treated with anti-epileptic drugs, said Slavina Goleva, a graduate student in Molecular Physiology and Biophysics and first author of the study. An accurate diagnosis requires assessment with video electroencephalogram (EEG).
Davis got interested in functional seizures after hearing an NPR story several years ago.
"The story gave the patient perspective on these seizures -- the stigma that patients felt and the difficulties they experienced in the medical system. I felt like studies within electronic health records could potentially be really impactful for this community," Davis recalled.
Working with Kevin Haas, MD, PhD, associate professor of Neurology, the researchers developed an algorithm to identify people with functional seizures in the VUMC-EHR system.
"We initially recognized that finding these patients within the EHR would be a challenge because the ICD (International Classification of Diseases) codes are not as specific as they are for a lot of diseases," Goleva said.
In addition to ICD codes, the researchers included Current Procedural Terminology (CPT) codes and used natural language processing to search within the records for a list of keywords.
Goleva and Haas manually reviewed charts to confirm that the algorithm correctly identified patients with functional seizures. (ANI)