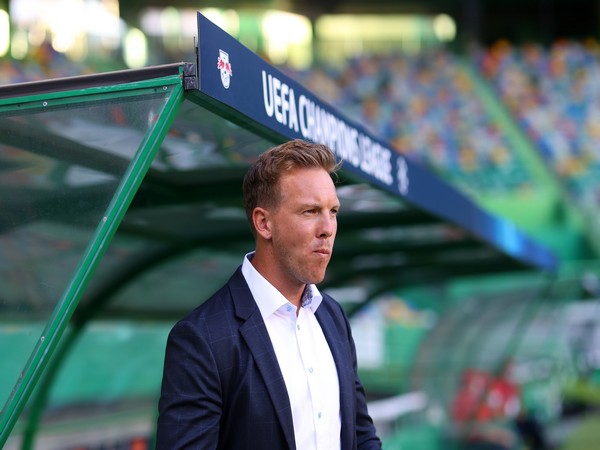 Lisbon [Portugal], Aug 19 (ANI): After defeat by Paris Saint Germain (PSG), RB Leipzig manager Julian Nagelsmann has admitted that their opponents were "simply the better side" during the match.
PSG registered a 3-0 win over RB Leipzig in the Champions League semi-final here on Wednesday. Marquinhos, Angel Di Maria and Juan Bernat Velasco scored one goal each in the match to hand their side a win.
"PSG were simply the better side, we have to accept that. We started the game well and won possession effectively. However we were hectic in the final third and therefore didn't create any clear chances," the club's official website quoted Nagelsmann as saying.
"We couldn't take advantage of the emotion of the occasion. The first goal came from a set piece, and we were very unlucky with the second and third goals, as they came from simple mistakes which are punished at this level," he added.
In the second semi-final, Bayern Munich and Lyon will compete against each other and the winner will face PSG in the final of the tournament.
The final of the Champions League is scheduled to be played on August 24. (ANI)