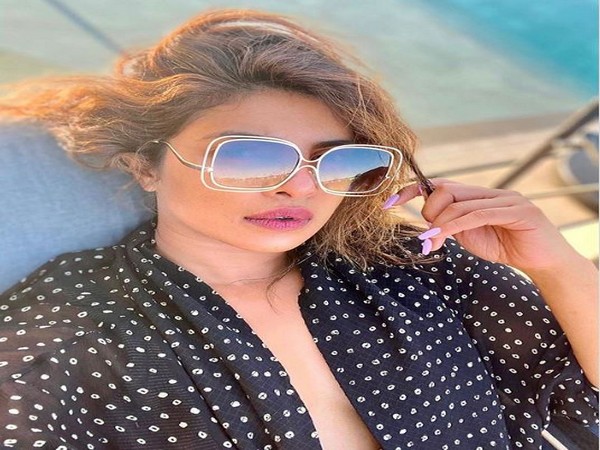 California [US], July 31 (ANI): Reminiscing on the bright sunny summer days, actor Priyanka Chopra on Friday treated her fans with a stunning summer picture as she enjoyed sheer sunshine while resting on a recliner.
"When I met you in the summer..." wrote the 'Baywatch' star alongside a sun emoji, as a caption to the Instagram post. In the picture, Chopra looks gorgeous as she is seen resting and posing on what looks like a comfortable reclining chair. She looks every bit stylish in a sheer bandhani outfit. 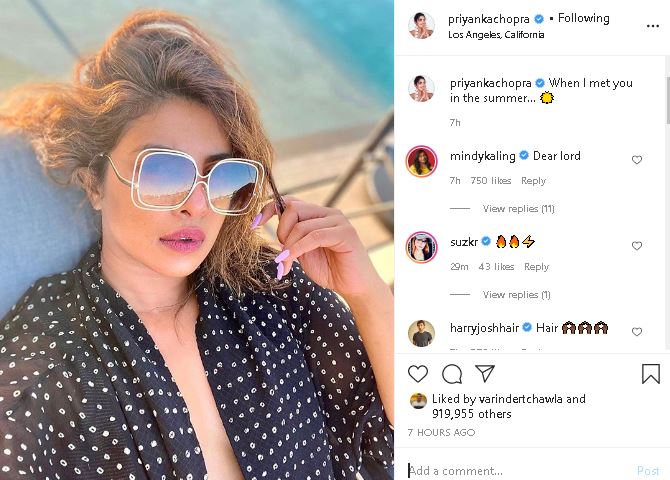 In the picture, the 'Bajirao Mastani' actor teamed up the bandhani wear with a striped black and white sleeveless top. With a messy hairdo, Chopra rounded off her look with a striking pair of sunglasses as she made the most of her time in the sunshine. The star further added a dash of pink with her nail paint and lip shade in two different shades of the same colour.
With the picture hitting Instagram, celebrity followers including Sussanne Khan liked the post that garnered more than 91,000 likes.
American actor Mindy Kaling also adored the stunning picture and commented, "Dear Lord."
While Sussanne simply left fire and thunder emojis in the caption.
The 'Dostana' star has been updating her fans on her activities by posting pictures and videos on the social media platforms.
Earlier, Priyanka Chopra Jonas and singer husband Nick Jonas donated towards Assam flood relief and also asked people to help those suffering in the state. (ANI)