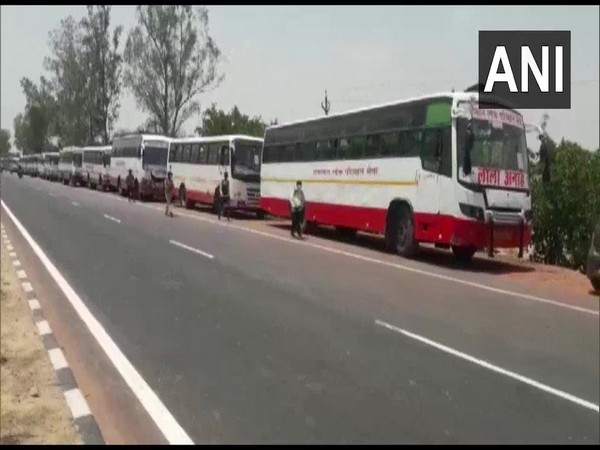 Mumbai (Maharashtra) [India], July 14 (ANI): The private bus operators association, Mumbai Bus Malak Sanghatana, on Tuesday urged the state and Central governments for financial aid to make up for the losses incurred due to the COVID-19 pandemic.
K V Shetty, the trustee of the Mumbai Bus Malak Sanghatana, said that if the government doesn't intervene in time, "we would be next in line to farmers to commit suicide due to our helplessness."
"We have faced huge losses in the past four months. And now, when the country is expecting to re-open, we fear that we will not be able to come on the roads due to various financial and legal issues. There are many vehicles that are stuck in different states and their permits have expired," Shetty told ANI.
He added, "Though the transport department has announced the extension of validity of documents till September 30, the Regional Transport Office (RTO) officers on duty are still issuing memos and challans to these vehicles."
Rupesh Gaikwad, a driver of a private bus said, "I am driving this bus for an electricity supply company as an essential service and have not gone to my home for the last four months. Despite all these hardships, we are facing harassment from the RTO officials in the name of document verification and other formalities."
Shetty further said that the Sangathana has written several letters to the state government seeking help from Transport Minister Anil Parab, Deputy Chief Minister Ajit Pawar and other senior officers.
He also said that the association has met NCP chief Sharad Pawar and are hopeful that their appeals will be heard. (ANI)