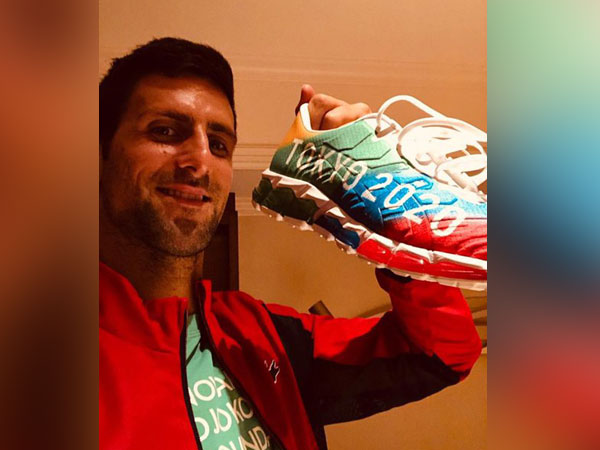 New Delhi [India], Mar 25 (ANI): Serbian tennis star Novak Djokovic on Wednesday said that postponing Tokyo Olympics is the right decision.
His remarks came as the International Olympic Committee announced the postponement of the Tokyo Olympics to next year due to the coronavirus pandemic.
The 2020 Australian Open winner shared a throwback picture from Japan on Twitter and captioned the post as: "Took this photo last year in Japan. I'm sad the @olympics are postponed, but I am sure it's the right decision for the collective health of everyone involved. Let's look forward to Tokyo #Olympics 2021". 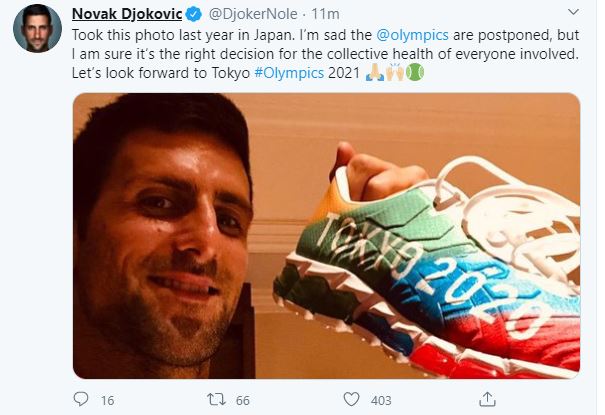 On Tuesday, for the first time in the history of the mega global event, the Olympics were postponed by a year.
The decision was confirmed by the International Olympic Committee (IOC) after the organising body for the event and Japan's Prime Minister Shinzo Abe agreed to reschedule the Tokyo Olympics in view of the COVID-19 pandemic.
The IOC has, however, said that the original name of Tokyo 2020 will remain intact irrespective of the fact that it will take place next year.
"In the present circumstances and based on the information provided by the WHO today, the IOC President and the Prime Minister of Japan have concluded that the Games of the XXXII Olympiad in Tokyo must be rescheduled to a date beyond 2020 but not later than summer 2021, to safeguard the health of the athletes, everybody involved in the Olympic Games and the international community," the IOC said in an official statement.
The Tokyo Olympic Games were slated to be held from July 24 to August 9, while the Paralympic Games were scheduled to be held from August 25 to September 6. (ANI)