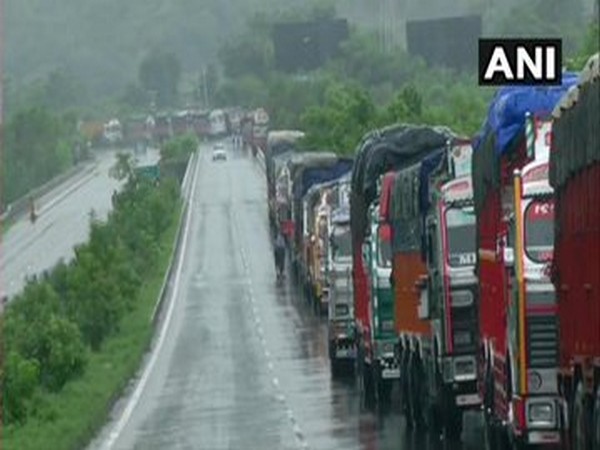 New Delhi [India], November 22 (ANI): After the Nagrota encounter in which four terrorists who were hidden in an apple truck were killed, the security forces are stressing the need for installing full-body truck scanners on specific check posts in Jammu and Kashmir.
"The terrorists were hiding in an apple truck and could be intercepted and killed as the Jammu and Kashmir police had pin-point information about their movement," government sources told ANI.
However, during the apple harvesting season in the Kashmir valley, a large number of such trucks ply between Kashmir and other parts of the neighboring states and they can be used for ferrying terrorists and weapons, they added.
Sources said, checking these vehicles by unloading all apple cartons is done on a random basis but all the trucks cannot be checked properly in the absence of such full-body truck scanning machines, they said.
Sources further stated that such machines can help in checking goods vehicles and without affecting the traffic flow on highways, proper checking can be done and security risks can be averted.
All the stakeholders in the state government and the Centre are apprised of the situation and efforts are being made to get these scanners, according to the sources.
In the Nagrota incident, four terrorists had crossed over into Indian Territory from the Samba sector and were then picked up by a truck there.
It was on its way towards the Kashmir valley when it was intercepted by the security forces near the Ban toll plaza near Nagrota and all terrorists were killed.
The terrorists belonging to the Jaish-e-Mohammed terror group of Pakistan and were in constant touch with Abdul Rauf Asgar who is the brother of Jaish chief and global terrorist Maulana Masood Azhar. (ANI)

US files lawsuit against Facebook for ‘favouring’ immigrants over US workers

No need for me to tap phones of my colleagues: Maha CM