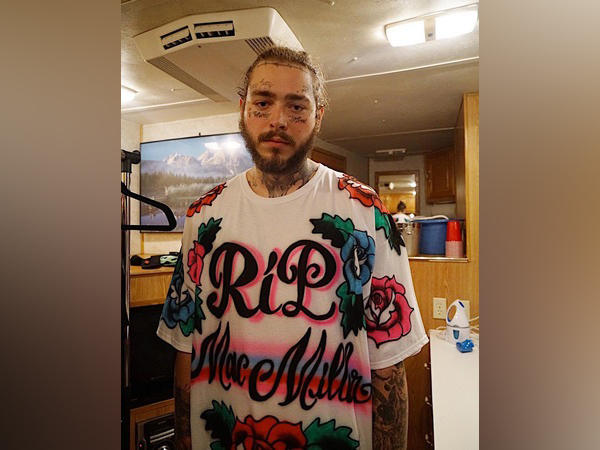 Pittsburgh [USA], Feb 26 (ANI): American rapper Post Malone wowed the audience as he honoured his late pal Mac Miller at a concert in Pittsburgh.
According to TMZ, on Monday night the rapper was performing at the PPG Paints Arena which is in Mac's hometown.
The 'Circles' singer came out wearing an oldie but goodie that was custom-made to pay tribute to American rapper Mac Miller, who tragically died of an overdose back in September 2018.
The white, airbrushed t-shirt, with 'Rip Mac Miller' across the chest, and roses around the sleeves and back which Malone paired up with baggy denim jeans. (ANI)