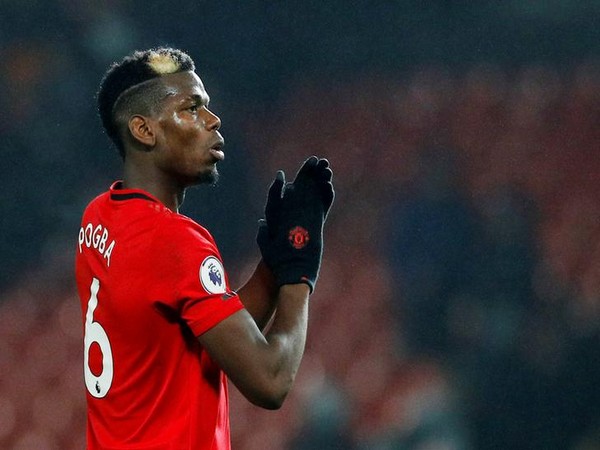 Manchester [UK], December 7 (ANI): Manchester United secured a 3-1 win in their previous match and Paul Pogba said that he wants the team to continue with this winning mentality as they prepare for two "very important games".
Manchester United will take on RB Leipzig in the Champions League on Wednesday before facing Manchester City in the Premier League on December 12. In the previous match, Manchester United had defeated West Ham and all their goals came in the second half of the clash.
"For sure, we have two big games coming up. We have Champions League [against Leipzig] and we have City. We know that those are two very important games, decisive games," the club's official website quoted Pogba as saying.
"We have to carry on this mentality of winning, always. That's what the club is about and we want to carry on this and what we did in the second half," he added.
Manchester United are currently placed on the fifth spot on the Premier League standings with 19 points, one point ahead of Manchester City, who hold the sixth position on the table.
Pogba said victory is the only outcome he wants in the upcoming games.
"We cannot afford to lose and be happy with a loss or a draw. We have to be bad losers - that's what we have to be - and always want to win. Even 1-0 or 6-5, we have to win. That's what we want," he said. (ANI)