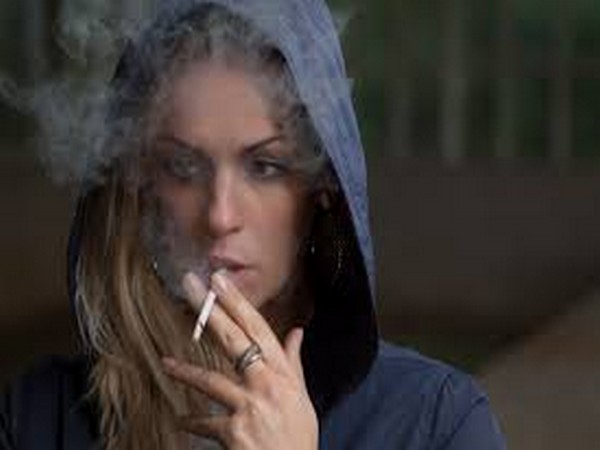 Washington [US], November 19 (ANI): Cigarette smoking causes more than 480,000 deaths each year in the United States, according to federal government data -- and some smokers find it nearly impossible to quit.
Many of these smokers use regular, or combustible, cigarettes.
Physicians and scientists have for many years explored the health benefits and drawbacks of nicotine-based alternatives to cigarettes, and new research offers significant evidence that "pod" e-cigarettes are less damaging to health than traditional cigarettes.
"Nicotine is one of the most addictive substances on earth, both in animal models as well as to humans," said Dr Jasjit S Ahluwalia, a professor of behavioral and social sciences and medicine at Brown University.
"So how can we help these people who can't quit smoking combustible cigarettes? They need other options, and e-cigarettes may be one such option. Our research shows that in the short-term, e-cigarettes are considerably safer than combustible cigarettes," added Ahluwalia.
Ahluwalia is senior author of a new JAMA Network Open study, published on the world's first randomized clinical trial of fourth-generation pod e-cigarettes.
The trial included 186 African American and Latinx smokers, as racial and ethnic minority groups tend to experience higher rates of tobacco-related morbidity and mortality even when they smoke at the same rates as other groups.
Two-thirds of the participants were provided e-cigarettes for six weeks, while the remaining participants were instructed to continue smoking combustible cigarettes as usual.
By the end of the study, participants who switched to e-cigarettes exhibited significantly lower levels of the potent pulmonary carcinogen NNAL compared to those who continued to smoke combustible cigarettes exclusively.
The e-cigarette users also had significantly reduced carbon monoxide (CO) levels and reported fewer respiratory symptoms. These benefits -- reduced NNAL, reduced CO and respiratory symptom improvements -- were especially pronounced among participants who switched completely to e-cigarettes.
The researchers also measured participants' levels of cotinine, a breakdown product of nicotine, and determined that there were no significant differences between groups, an indication that e-cigarettes provided adequate replacement of nicotine.
"Anyone under 21 should not take up cigarettes, e-cigarettes or any nicotine product -- hands down, the best thing to do is to never start -- but if people use tobacco products, they should quit," Ahluwalia said.
"But if they cannot quit smoking combustible cigarettes, they should consider using novel nicotine products to either quit smoking altogether or to reduce their harm by transitioning fully to these products," Ahluwalia added.
Going forward, work needs to be done to better understand the non-cancer risks associated with e-cigarettes, such as respiratory and cardiovascular disease. The researchers also plan to carry out year-long studies to further explore the harm-reduction potential of e-cigarettes.
"Most smokers who switched exclusively from combustible cigarettes to e-cigarettes during the study maintained this behavior at six months, but we need longer-term follow-up," said Kim Pulvers, a professor of psychology at California State University San Marcos who was the principal investigator of the study.
"We also need continued study of dual users to determine whether they maintain harm reduction over time," added Pulvers.
Ahluwalia said that because many individuals who use both e-cigarettes and combustible cigarettes will switch back to exclusively combustible cigarettes over time, there is a critical need for interventions that support those who try to switch to e-cigarettes but fail.
He also emphasized the importance of alternatives to quitting outright, given the challenge that quitting poses for so many cigarette smokers.
"It's possible that nicotine e-cigarettes and other harm-reduction products will be game-changers for our field," Ahluwalia said.
"I hope this study stimulates more people to do this research and to have an open mind about this. I also hope it inspires them to let science inform policy rather than emotion," Ahluwalia added. (ANI)