Skip to content
Home  »  Sports   »   Playing without crowds will be different experience for everyone: Frank Lampard 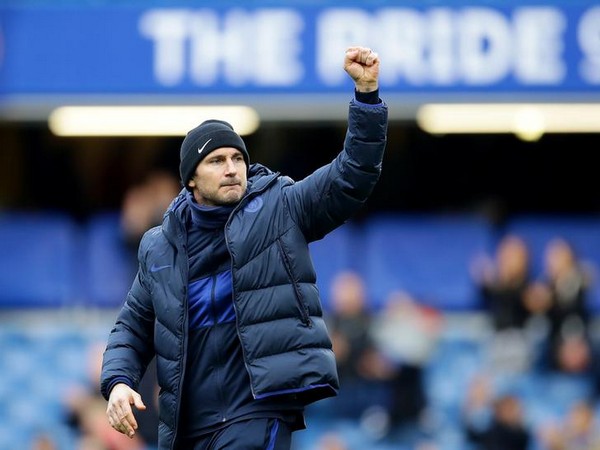 London [UK], June 7 (ANI): Ahead of the Premier League resumption, Chelsea manager Frank Lampard said the side is preparing well for the behind closed doors games insisting the experience in empty stadiums "will be different for everyone".
All the English top-flight clubs are gearing up for a return to the pitch after a three-month hiatus, with lockdown restrictions amid the coronavirus pandemic slowly beginning to ease in the UK.
"We'll have to try to make sure we prepare as well as we can in terms of being ready for the change in atmosphere. We've had discussions about that with the players. It will be different for everyone. It may change the pace of the game, it might change the slight tone of it. We've seen that slightly in Germany and we need to be ready to adapt to that," Lampard told Chelsea's official website.
"All we can do really is get ourselves as fit as possible. That's been a difficult task in the short term, to get fit when we're used to longer pre-seasons. We have worked hard on that, and when it comes to match days we'll have to make sure we're very ready for the changes from the norm, and make sure it doesn't affect our performance on the pitch," he added.
The Blues will host Manchester City at Stamford Bridge four days after their trip to Villa Park, with Lampard well aware of the challenge facing his side in both fixtures as they look to secure a top-four finish.
"With so much time off, and so much time to sit and scrutinise the table and your positions, for everyone, there is going to be so much spotlight on this. Every game now in the nine league games is going to have something on it for different reasons. The first two games are good examples of that," Lampard said.
"Villa are fighting for their lives, City has huge quality, we know that. It's a difficult start and we'll need to be ready," he added.
Liverpool was at the top of the standings and was 25 points ahead of the second-placed Manchester City. Liverpool is just two wins away from lifting the title.
Chelsea is placed at fourth spot with 48 points in the Premier League standings, three-point clear of fifth-placed Manchester United. The league will resume on June 17 with Aston Villa taking on Sheffield United. (ANI)

2 thoughts on “Playing without crowds will be different experience for everyone: Frank Lampard”