Skip to content
Home  »  Sports   »   Playing behind closed doors better than not playing at all: Thomas Muller 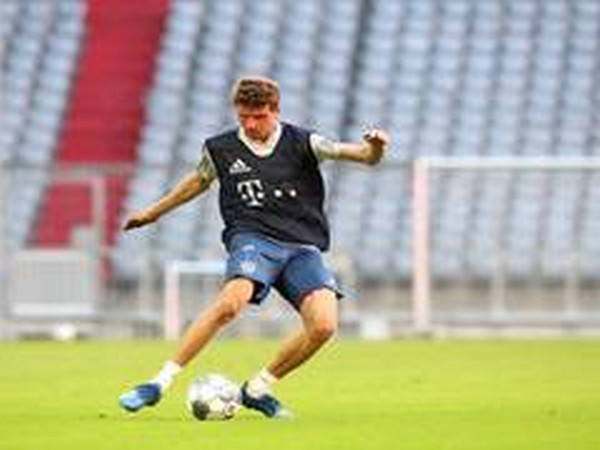 Munich [Germany], June 5 (ANI): Bayern Munich's Thomas Muller has said that playing behind closed doors is better than not playing at all despite admitting he misses the crowd reactions during the Bundesliga matches.
"You just miss the reactions of the crowd, especially during goal celebrations. The pre-match routines are also completely different. It's a bit like at amateur level: You just walk onto the pitch without any big fuss and the referee blows for kick-off," the club's official website quoted Muller as saying.
"It's a funny feeling when you're used to playing in front of over 70,000 people in every home game. The only positive thing about the whole thing is that we can communicate a little better on the field now. Of course, it's not the situation we'd like, but it's better than not playing at all," he added.
Bundesliga returned to action on May 16 after a long hiatus caused by the coronavirus pandemic.
Bayern Munich has won all their four games after the league resumed. The club now has a seven-point lead at the top of the Bundesliga table.
The 30-year-old, Muller, also expressed his desire of playing like this until he is 35.
"Our fitness team has done an excellent job. Our cyber-training went pretty much like this digital press conference. I try not to get as muscular as one or two of the other players," Muller said.
"I think my bones will have a longer life if they have to carry less weight around. I want to be able to keep running like this for the next five years and I have to stay in shape for that. That's my secret," he added. (ANI)

3 thoughts on “Playing behind closed doors better than not playing at all: Thomas Muller”