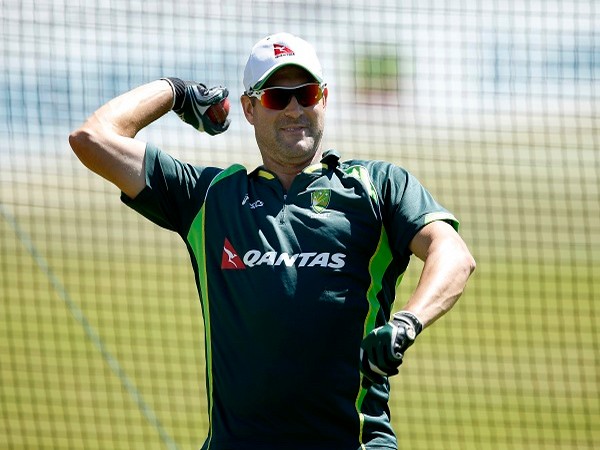 Dubai [UAE], September 3 (ANI): Delhi Capitals bowling coach Ryan Harris is impressed with the players' 'unbelievable' work ethic after he oversaw the team's first nets session.
The former Australian bowler oversaw his first nets session on Wednesday evening at the ICC Academy in Dubai.
"I know that the boys haven't been able to train in the past few months due to the pandemic, but watching them bat and bowl, and seeing some shots flying over the fence, I've been impressed with them," Harris said in a statement.
"Their work ethic is unbelievable and they seem in very good space for guys who haven't done a lot of training - they look in excellent condition," he added.
Having been allowed to set foot outside after six days in isolation, Harris said it felt like three weeks.
"Honestly, six days isn't a lot, but it felt like three weeks for me because I am not someone who can sit still for very long. But when I got the message this morning from the doctor, saying I've cleared my quarantine and my tests, that was probably the best message I've ever got (laughs). Then to obviously watch the boys' train has been fantastic," he said.
IPL will be played from September 19 to November 10 in the UAE across three venues --Dubai, Abu Dhabi, and Sharjah. The tournament was originally slated to begin on March 29, but it was postponed due to the coronavirus pandemic.
Harris was appointed as the franchise's bowling coach on August 25. Commenting on the team, he said: "I've heard a lot of good things about the Delhi Capitals. I've admired the way that Delhi has played over the last few years. I've spent a fair bit of time in the IPL, both playing and as a coach with Punjab. It's nice to be a part of a big franchise like the Delhi Capitals."
"There are a few players with whom I have played with and against during my time with Australia and in the IPL, so it was nice to see some familiar faces. It's going to be nice to sit with them, and most importantly talk to them about their cricket," added the 40-year-old.
The former IPL winner has joined his former captain Ricky Ponting, head coach of the team, at the Delhi Capitals, and spoke highly of the Australian great. "I still get goosebumps seeing him talk in the huddle. He's a guy who presented me with my baggy green cap, and even my one-day cap for Australia. I'm very lucky for him to have asked me to come here to be part of this project, and to work with him is very satisfying for me, and very humbling experience," said Harris.
"I've been coaching for a few years now, but there's still so much to learn, and I think there's no better person to do it with than Ricky. I used to love watching him play growing up, loved playing with him, and now I get to work and coach with him, and hopefully to success this year in the IPL. It's going to be good fun," added the former pacer," he added. (ANI)

Complaint against Kangana Ranaut in Maharashtra court for ‘spreading hate’

Equity indices open in the green