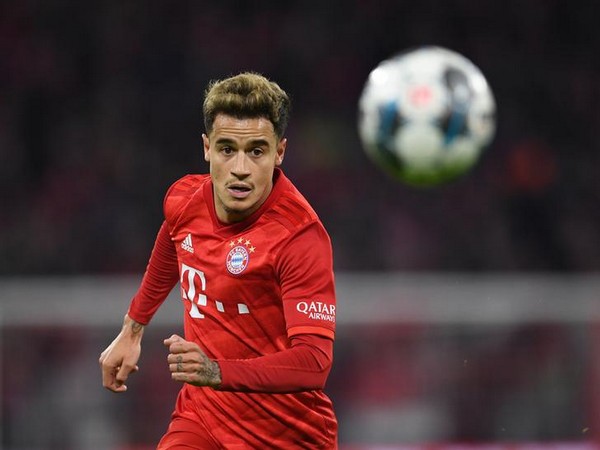 Munich [Germany], September 2 (ANI): Bayern Munich on Wednesday announced that Philippe Coutinho's season-long loan deal with the club has come to an end and the player has returned to Barcelona.
"The Brazil international, who joined Bayern on loan from Barcelona last August, returns to the Catalan side following the expiration of his season-long deal," the club said in a statement.
Due to the suspension of matches resulting from the coronavirus pandemic and subsequent lockdown, the 28-year-old attacking midfielder's contract at Bayern was extended to cover the end of the Champions League finals tournament in Lisbon.
The club's CEO Karl-Heinz Rummenigge thanked the player for his commitment towards the team during the treble-winning 2019-2020 season.
"We would like to thank Philippe Coutinho very much. With his creativity and excellent technique, he has invigorated our game during this treble-winning season," the club's official website quoted CEO Karl-Heinz Rummenigge as saying.
In the 2019/20 season, Coutinho made 38 competitive appearances for the club. He scored 11 goals and provided nine assists. In the Champions League, he was one of only three Munich players who featured in all 11 matches. (ANI)