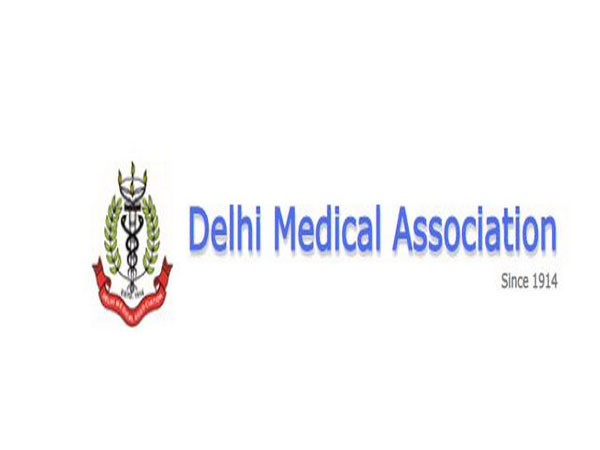 By Priyanka Sharma
New Delhi [India], February 23 (ANI): The Delhi Medical Association (DMA) on Monday slammed the Indian Medical Association (IMA) for defaming and making baseless comments on Union Health Minister Dr Harsh Vardhan for launching Patanjali's 'Coronil' as a cure for Covid-19.
"Dr Vardhan attended a programme by Patanjali Research Institute to launch their new drug CORONIL which they claim has a role in the prevention and treatment of COVID-19. As per the promoter of the drug, Coronil has received Certificate of Pharmaceutical Product (Copp) from Drug Controller General of India (DCGI)," read a DMA press statement.
On Monday, IMA issued a press statement in which it referred to the tweet of the World Health Organization (WHO) that said "WHO has not reviewed or certified the effectiveness of any traditional medicine for the treatment of COVID-19".
According to DMA, Dr Vardhan did not promote the drug but only focussed on making Ayurveda scientific evidence-based medical system that can complement the other systems of medicine including the Modern system of Medicine.
Coming down heavily on IMA, Delhi Medical Association said, "IMA which stands against mixopathy has no business to question the methodology of a trial of an Ayurvedic drug. How it was conducted? Where it was conducted? How many patients were involved is to be seen by the certifying authority and not the IMA."
DMA reiterated that IMA has fabricated the facts to make a sensational case against the health minister only to achieve cheap publicity by abusing a sincere dedicated and honest member of IMA who has brought laurels to the whole medical community by occupying the position of the union minister of health by his sheer hard work, sincerity and integrity.
"The IMA has no authority to take action against the members as it as a voluntary body. Even the Medical Council of India can take action against its members only in regard to their professional conduct and not for any ministerial action. The various clauses cited in the press release are irrelevant because the Health Minister did not promote any drug or medicine," added DMA. (ANI)