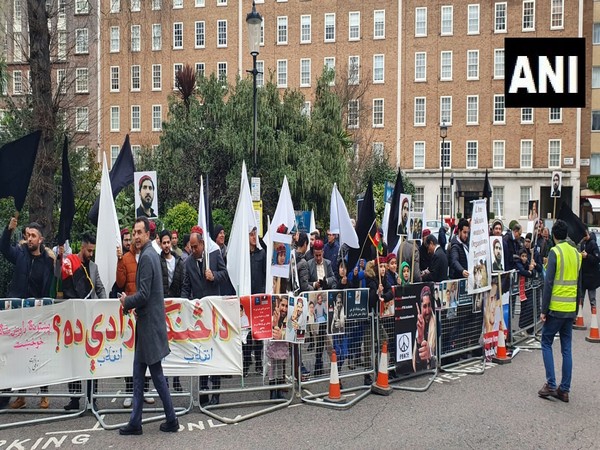 London [UK], Feb 3 (ANI): A large number of Pashtuns living in the UK and Europe gathered outside the Pakistan embassy here on Sunday to protest against the arrest of Manzoor Pashteen, a human rights activist and founder of Pashtun Tahafuz Movement (PTM).
The protesters were seen holding pictures of the PTM leader and banners calling for his release.
Manzoor Pashteen was taken into custody in Peshawar along with nine others from his Pashtun Protection Movement on January 26.
Pashteen has drawn tens of thousands to rallies in cities around Pakistan accusing the government and army of human rights abuses.
Pashtuns living in Pakistan and across the world are protesting against the arrest of Manzoor Pashteen. (ANI)