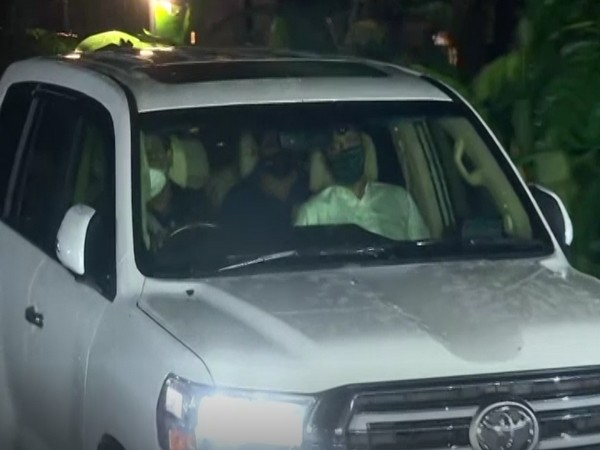 Mumbai (Maharashtra) [India], Aug 14 (ANI): NCP leader and party chief Sharad Pawar's grand-nephew Parth Pawar was seen leaving from Silver Oak hotel here after meeting Sharad Pawar, on Thursday.
The development comes a day after, Sharad said he gives no importance to his Parth's demand for a CBI probe in actor Sushant Singh Rajput''s death case.
He also termed Parth Pawar as immature.
"We don't give importance to Parth Pawar's demand, as he is immature," Pawar told the media here.
He was asked about Parth Pawar's demand for CBI probe into Rajput's death.
Parth, son of Maharashtra Deputy Chief Minister Ajit Pawar, had met state Home Minister Anil Deshmukh and demanded a CBI inquiry in Sushant's death.
Sharad Pawar said he trusts Maharashtra Police but will not oppose if someone thinks that CBI or any other agency should probe the matter.
"I have seen Maharashtra and Mumbai police for last 50 years and I trust them. I do not want to comment on what others have accused them of. If someone thinks that CBI or any other agency should probe the matter then I won't oppose it," Pawar said.
"It is unfortunate that a person died by suicide, but why is it being discussed so much? I don't think it is such a big issue. A farmer told me that over 20 farmers have died by suicide, nobody spoke about it," he added. (ANI)