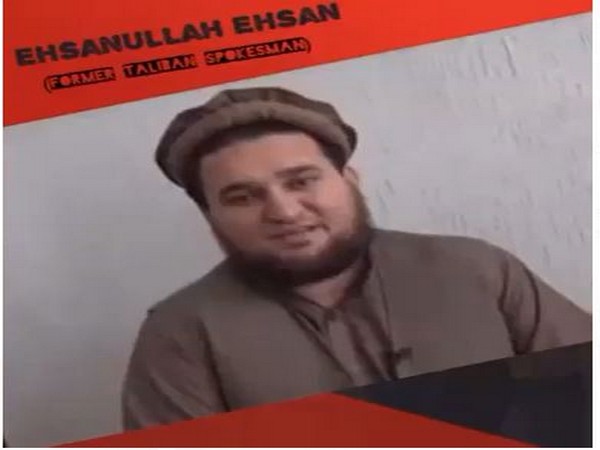 Islamabad [Pakistan], Feb 8 (ANI): Parents and family members of children who died in a 2014 terror attack on the Army Public School (APS) in Peshawar moved the Peshawar High Court on Saturday over the escape of Tehreek-e-Taliban Pakistan (TTP) former spokesperson Ehsanullah Ehsan from a Pakistani jail.
The kin of victims filed a petition with the court, seeking contempt of court proceedings against multiple government officials -- including the Director-General of the ISI, the Army Chief as well as the federal and provincial secretaries, Dawn reported.
The petition, submitted by Shuhada APS Forum President Fazal Khan Advocate, said that the respondents had violated earlier orders of the PHC barring authorities from releasing Ehsan.
"Despite clear cut directions of this honourable court... now it has come to light that (a) luxurious home (was provided to Ehsan) from which the terrorist has made his escape: a fact not denied by the respondents," the petition read.
"The petitioner has been informed through reliable sources that clemency was in order of Ehsanullah Ehsan for his 'full and frank disclosure' which is not only highly deplorable but also outrightly illegal and unconstitutional," it added.
In an audio message released on Thursday, Ehsan claimed he escaped from the jail on January 11. However, no confirmation has been made by the Pakistani Army in this regard yet.
The escape of Ehsan has created an uproar in Pakistan where the opposition is accusing the government of "sheer incompetence".
Pakistan's opposition leader and PPP member Farhatullah Babar on Friday slammed the Pakistan government and demanded an explanation over the release of 'self-confessed terrorists'. (ANI)

Rajinikanth greets supporters after meeting with his party leaders